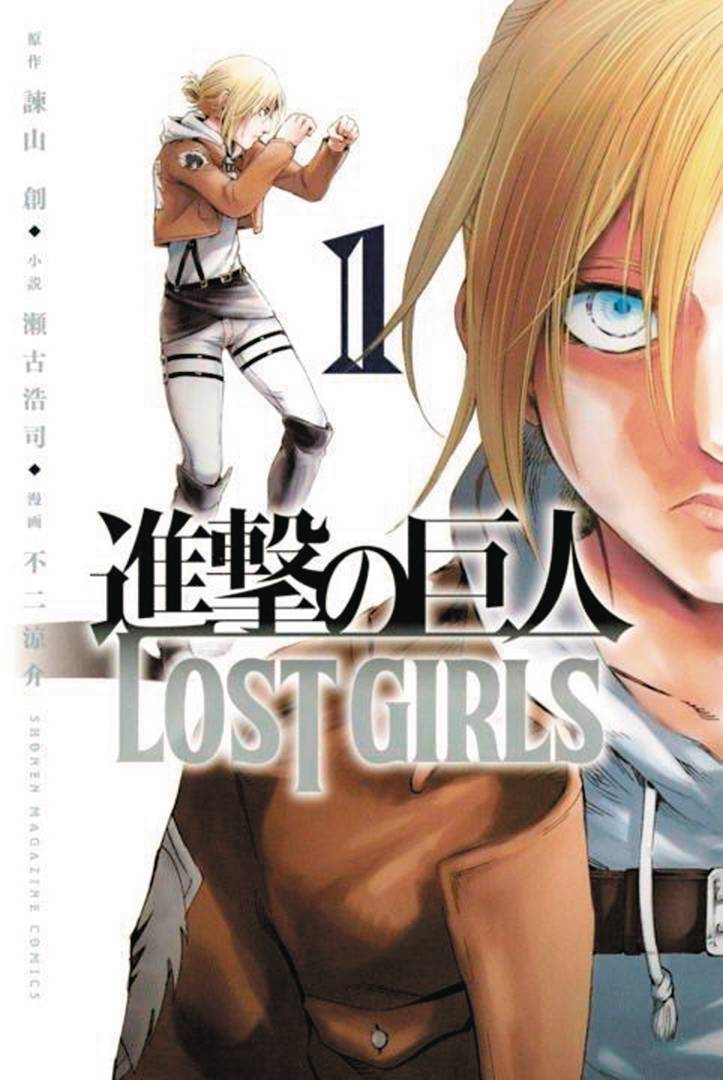 #
MAR168909
(W) Hiroshi Seko
This new story of two of Titan's most beloved characters - Annie Leonhart and Mikasa Ackerman - is a prequel series to the number one bestselling Attack on Titan series. Beloved cast members Mikasa and Annie are given a side story of their own set within the original Attack on Titan world. By expanding on both the comics and the animated TV series, Lost Girls gives a more complete look at the women of Attack on Titan. Note: Previously offered in PREVIEWS Plus #1231.
In Shops: Aug 31, 2016
SRP: $10.99
View All Items In This Series
ORDER WISH LIST