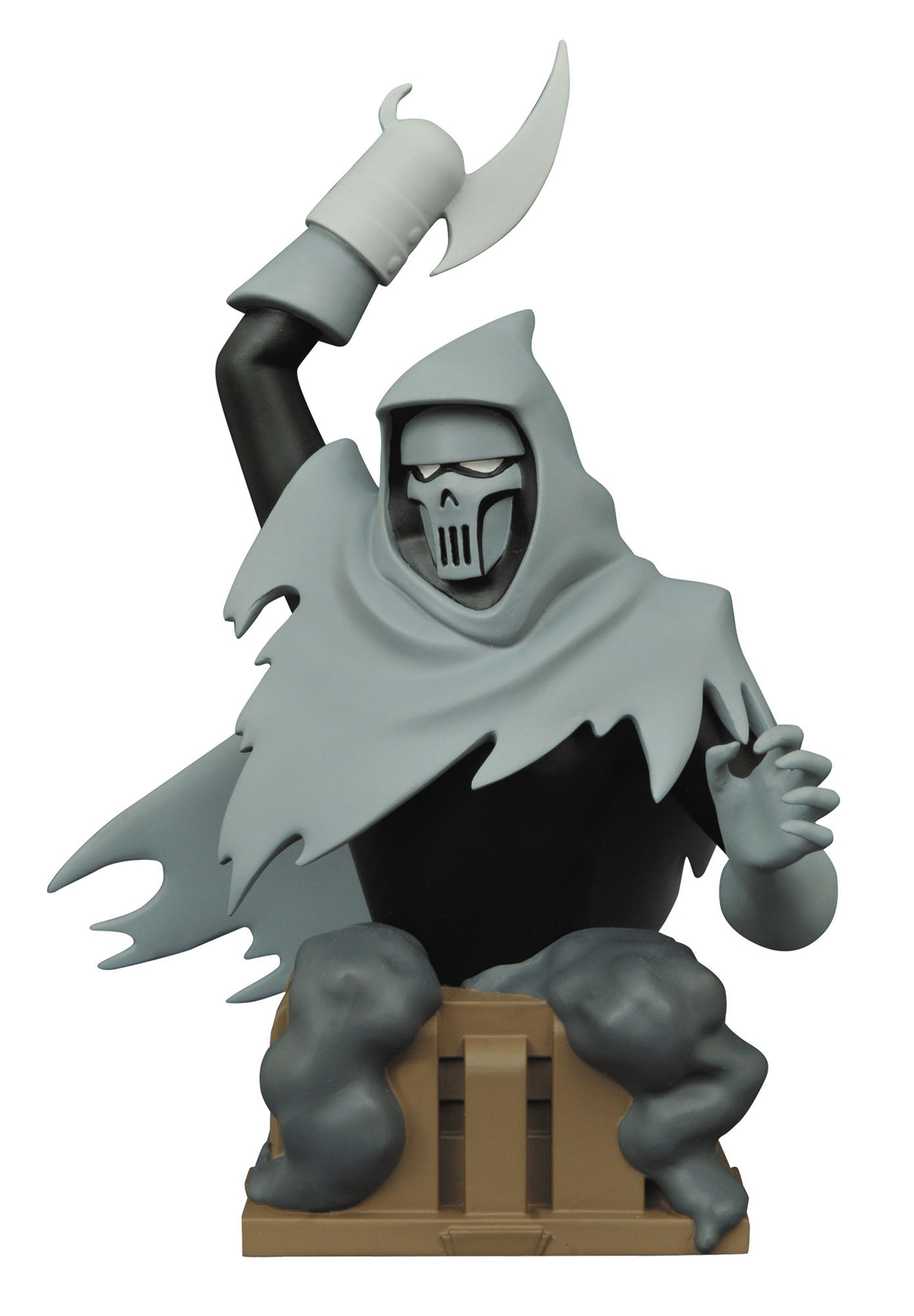 MAR162251
A Diamond Select Toys release! The Phantasm strikes! From the first-ever feature-length film based on Batman: The Animated Series, Batman: Mask of the Phantasm, it's the first-ever resin bust of the Phantasm! First seen in 1993, the mysterious assassin known as The Phantasm stalked Gotham's crime bosses until Batman interfered, and now this 6-inch bust can sit on your shelf, atop an art-deco pedestal. Limited to only 3,000 pieces, it comes packaged with a certificate of authenticity in a full-color box. Sculpted by Varner Studios!