UNTIL DEATH DO US PART GN VOL 12 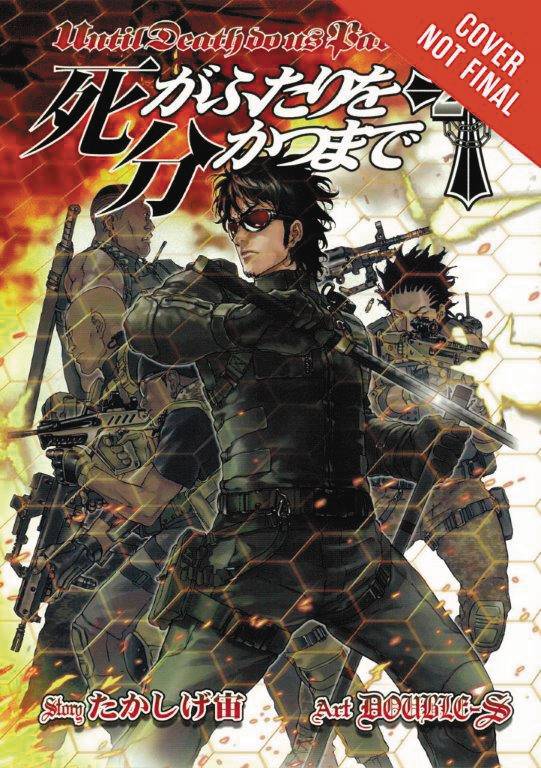 #
MAR161904
(W) Hiroshi Takashige (A) Hiroshi Takashige (CA) Double - S
Mamoru, teaming up with his old nemesis, Wiseman, leads the Black Unit into Duhana in a plot to assassinate "Mr. Darkside" - Zashid Turus, secret ruler of Galboa and Duhana. At the same time, Haruka steers her new team of elite fighters from the Element Network, to Duhana in order to stop Mamoru! But just what is Zashid Turus's ultimate goal - and how does it involve Haruka? The greatest battle begins to unfold!
In Shops: May 25, 2016
SRP: $25.00
View All Items In This Series
ORDER WISH LIST