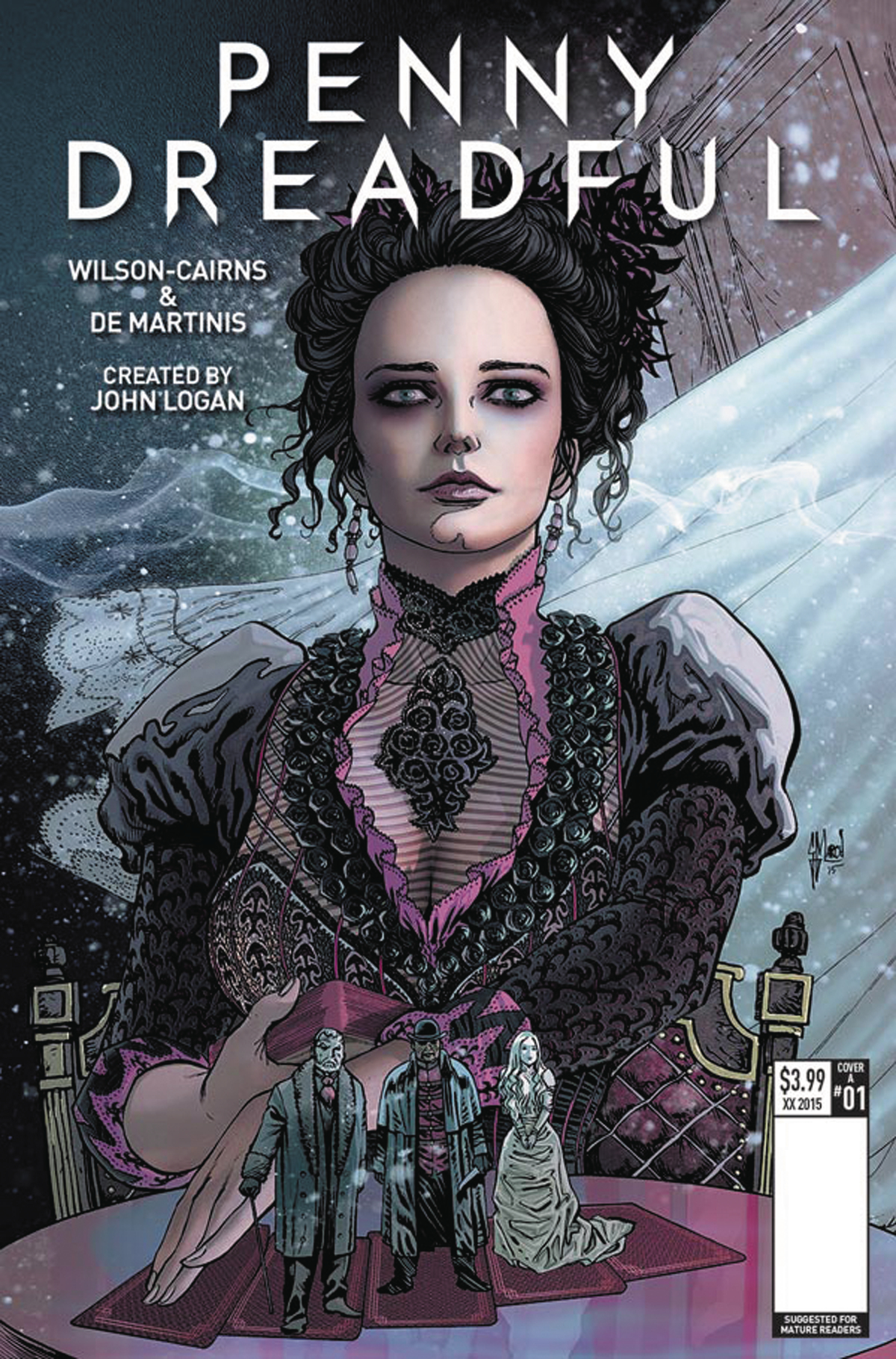 MAR161722
(W) Krysty Wilson-Cairns, Andrew Hinderaker, Chris King (A) Louie De Martinis (CA) Guillem March
The hit Showtime television series Penny Dreadful is presented in comics for the first time! This prequel reveals the terrifying events that led Vanessa to attempt to find her missing childhood friend, Mina Harker, and exposes the true nature of the vampiric monsters infesting Victorian London. Beautifully realized by Louie De Martinis, and written by the scriptwriters of the series!
In Shops: May 11, 2016
SRP: $3.99
View All Items In This Series
ORDER WISH LIST