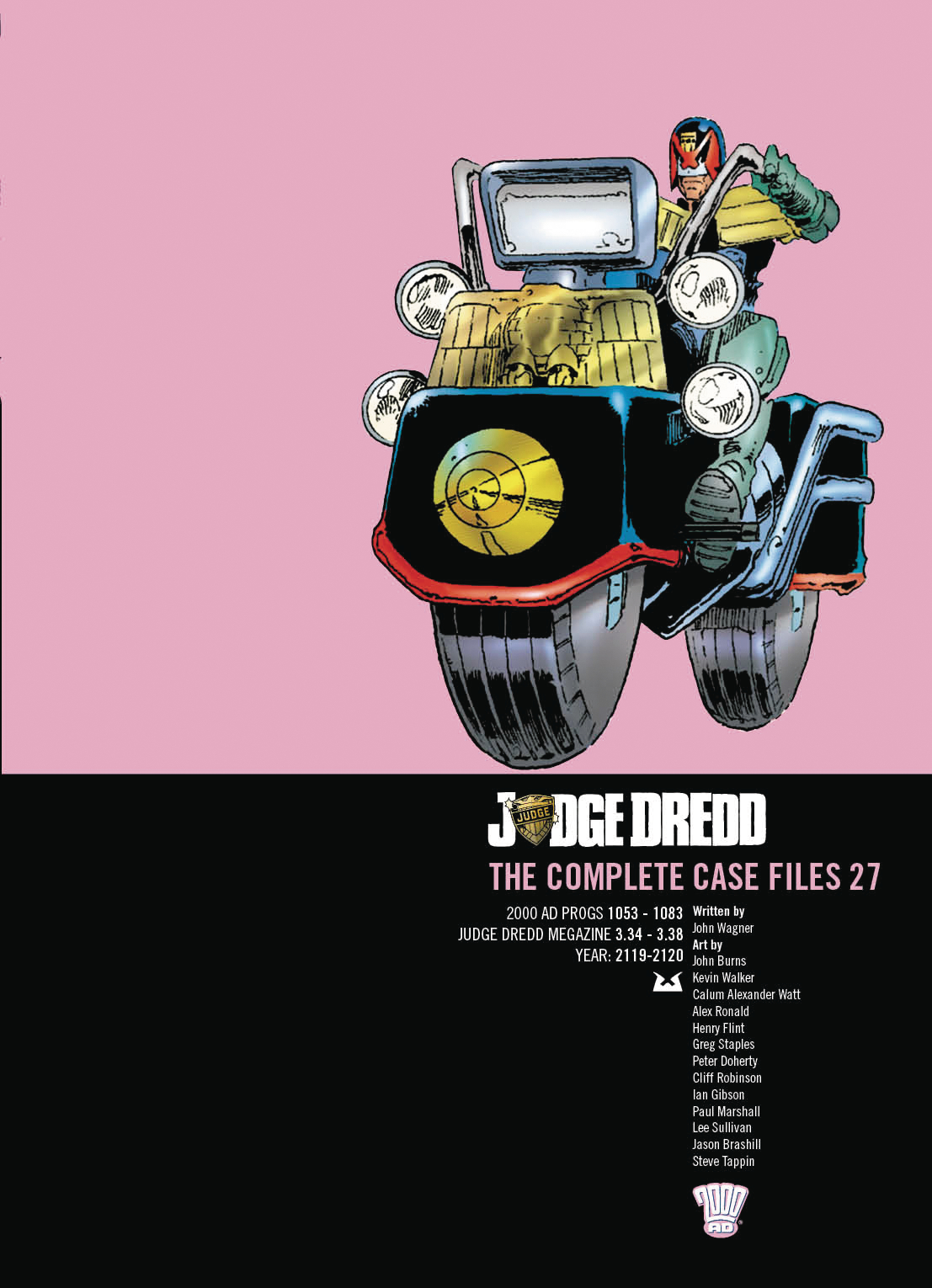 MAR161651
(W) John Wagner (A) Robbie Morrison, Henry Flint, Greg Staples, John Burns
The strange, the surreal, and the downright illegal! Mega-City One - a nightmarish enclosure located along the Eastern Seaboard of North America. Only the Judges - powerful law enforcers supporting the despotic Justice Department - can stop total anarchy running rife on the crime-ridden streets. Toughest of them all is Judge Dredd - he is the law and these are his stories. The madness of Mega-City One comes to light once more, as Judge Dredd fends off a mob of sex-crazed robots, battles corruption in the Mega-City fast food championship and takes a tough stance against the latest Mega-City fashion trend - the peek-a-boo pants!
In Shops: Jun 01, 2016
SRP: $26.99
View All Items In This Series
ORDER SUBSCRIBE WISH LIST