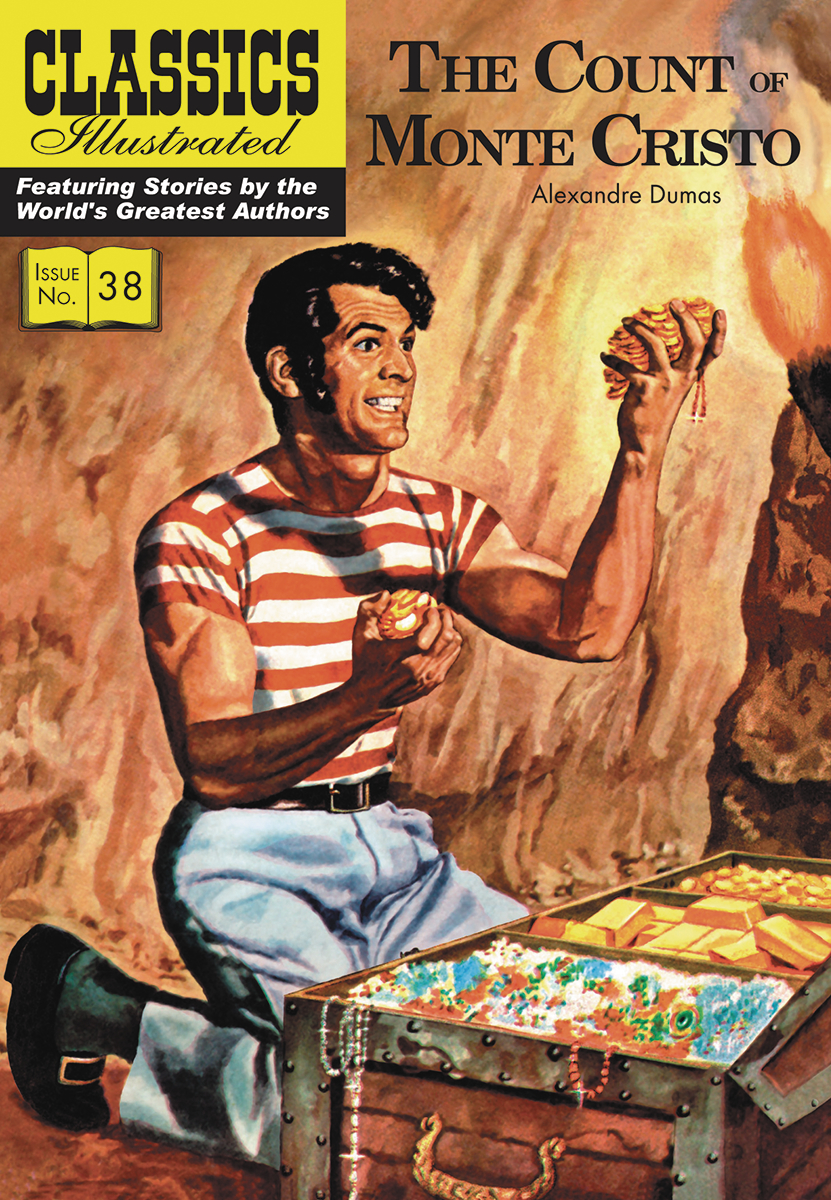 MAR161294
(W) Alexandre Dumas (A) Lou Cameron
Edmond Dantès, a merchant sailor in the early 19th Century, is wrongfully imprisoned for life without trial. After years of incarceration on the remote island prison of the Château d'If, he learns of a vast treasure on the island of Monte Cristo and becomes determined to escape in order to retrieve the treasure and use it for vengeance against the men who betrayed him. Classics Illustrated tells this wonderful tale in colorful comic strip form, offering an excellent introduction for younger readers. This edition also includes theme discussions and study questions, which can be used both in the classroom or at home to further engage the reader in the story.
In Shops: Apr 27, 2016
SRP: $9.95
ORDER WISH LIST