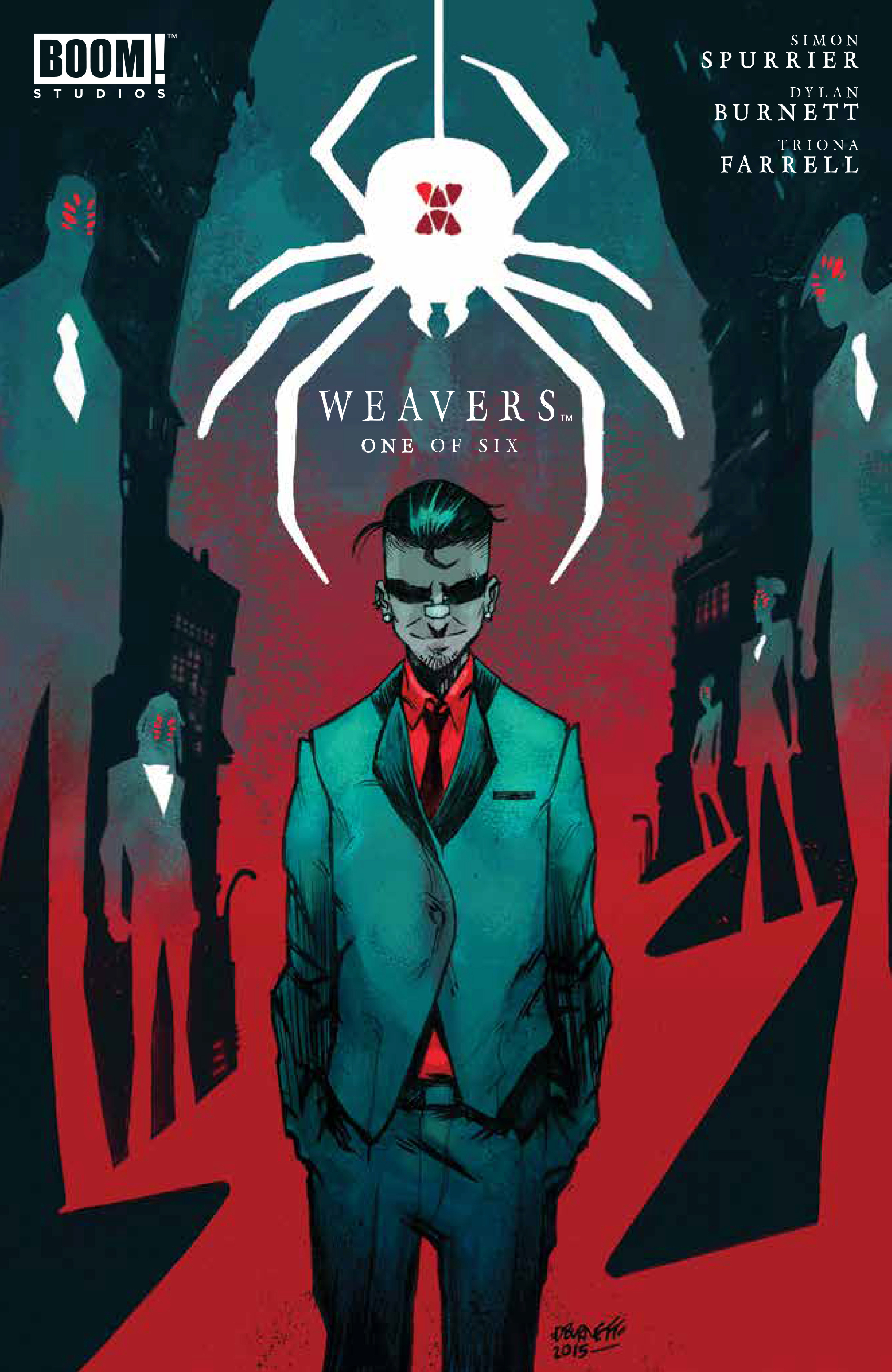 MAR161176
(W) Simon Spurrier (A/CA) Dylan Burnett
What's to Love: From The Godfather to The Sopranos, organized crime stories have always fascinated us. Weavers is a macabre story with a twist on the familiar drama of dons, capos, and made men, mixing in supernatural elements that only writer Simon Spurrier (The Spire, Cry Havoc) can think up.  It's perfect for fans of Day Men or Scalped!

What It Is: Sid, a young man with nothing going for himself, becomes an unlikely new addition to The Weavers, a brutal, East Coast crime family whose members are bound to loyalty thanks to the supernatural spider inside each one of them, granting them powerful-and often grotesque-abilities. Once he realizes what he's capable of, Sid sets out to pursue his own secret agenda, counter to the group's objectives. But he doesn't have much time-the longer the spider is inside him, the more loyal he becomes to The Weavers...
In Shops: May 04, 2016
SRP: $3.99
View All Items In This Series