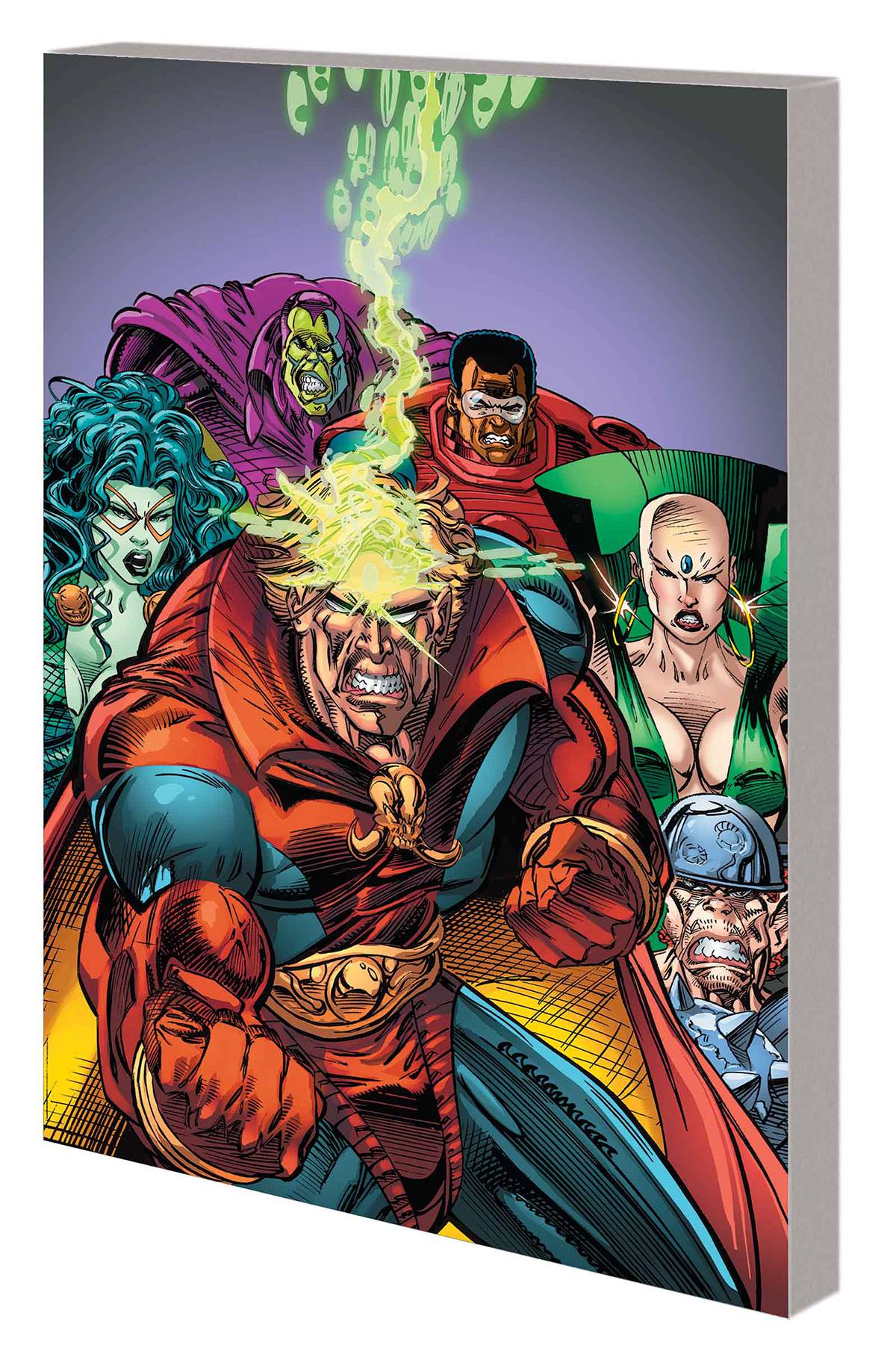 #
MAR160954
(W) Various (A) Various (CA) Tom Grindberg
The uncanny adventures of Adam Warlock and his Infinity Watch conclude! But before the band breaks up and goes its separate ways, there are plenty of adventures to be had -like a battle for Monster Island against the Avengers! There will be new love for Adam, and heartache for Gamora! The Watch will face the full fury of the Man-Beast, learn how Count Abyss traded his soul for power, and be caught in a subterranean war between Tyrannus and the Mole Man! The mysterious Strange targets the Infinity Gems, and the members of the Watch face execution for their sins at the hands of Zakaius! Will they escape that fate only to be brought down by one of their own? Time will tell before the Watch is stopped! Collecting WARLOCK CHRONICLES #6 and WARLOCK AND THE INFINITY WATCH #26-42.
Rated T
In Shops: Jun 08, 2016
SRP: $39.99
View All Items In This Series
ORDER WISH LIST