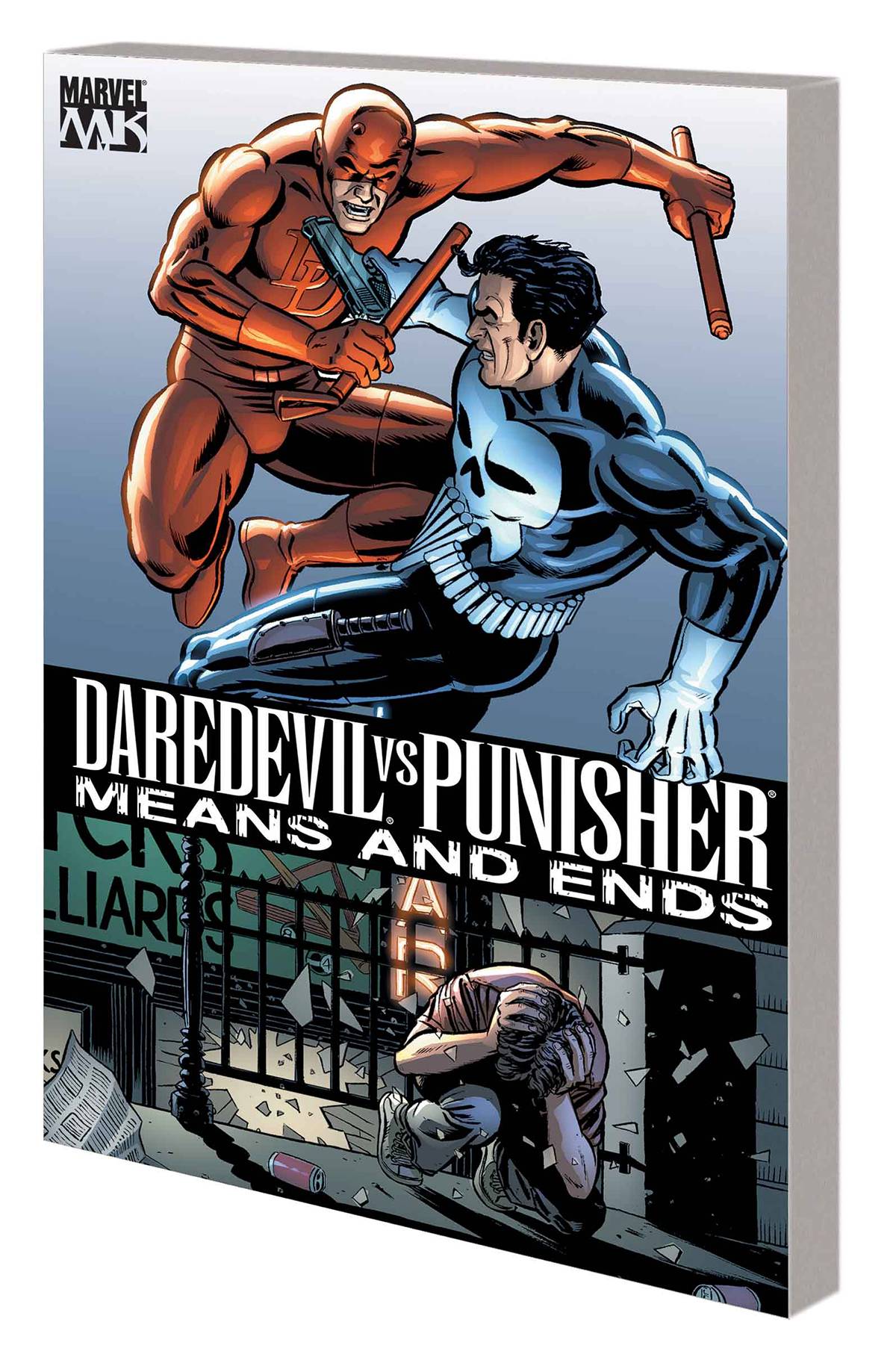 #
MAR160950
(W) David Lapham (A/CA) David Lapham
The battle for the soul of Hell's Kitchen! It's wall-to-wall David Lapham (Stray Bullets) as the Eisner Award winner writes and illustrates two of Marvel's biggest icons! Daredevil and the Punisher clash as half the East Coast's underworld - in chaos since the Kingpin was deposed - scramble for a shot at the big chair. And as the city descends into chaos, as murder and intimidation become the staples of the day, Daredevil and the Punisher each seek to restore order in their own unique way. For Daredevil - who's anointed himself the city's new Kingpin - this means dispensing justice at the end of a billy club. But for the Punisher, justice for these animals comes in the shape of a shotgun. Featuring more villains than you can shake a stick at, including Hammerhead and the nefarious Jackal! Collecting DAREDEVIL VS. PUNISHER #1-6.
Parental Advisory
In Shops: May 25, 2016
SRP: $17.99
ORDER WISH LIST