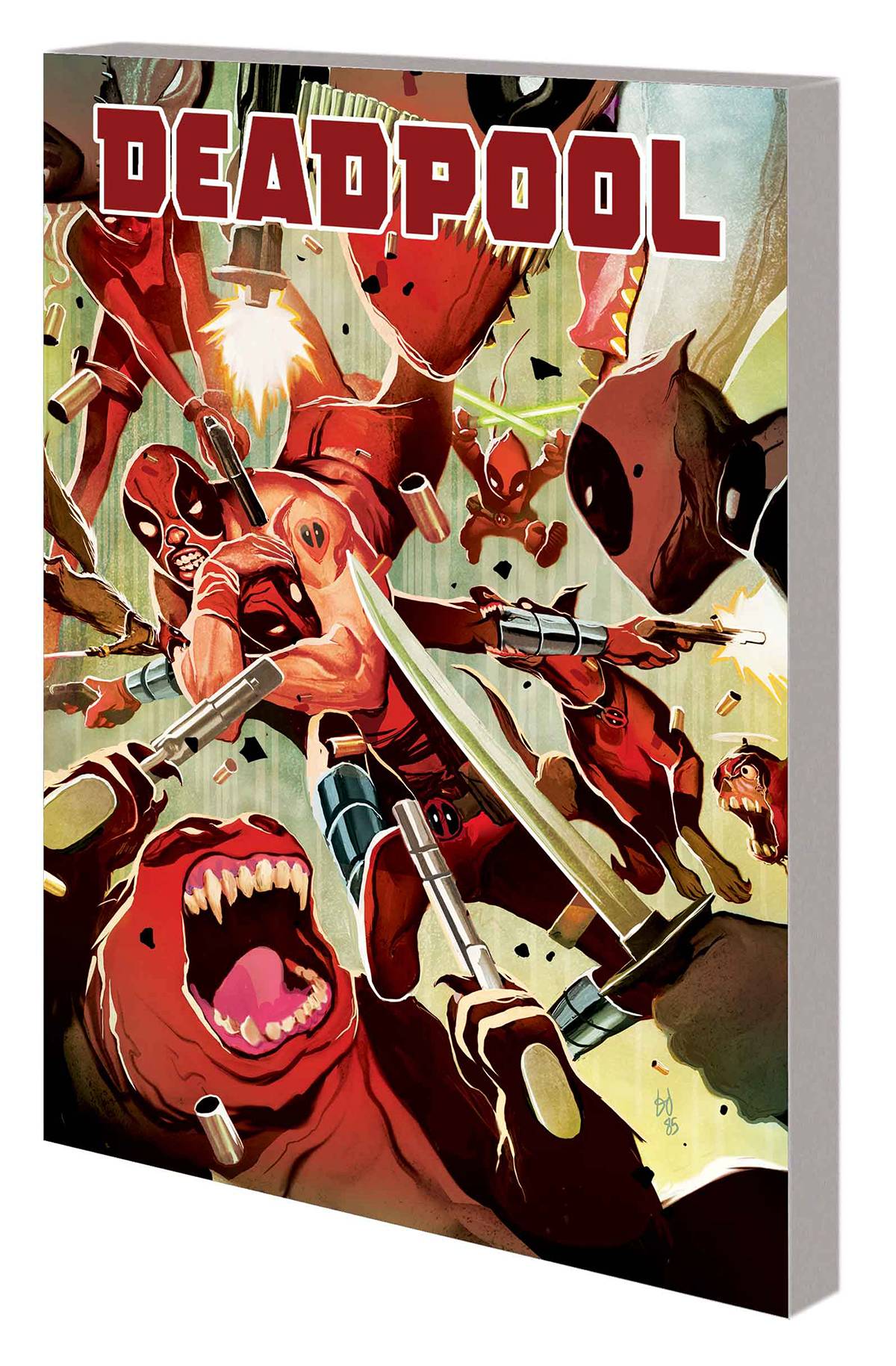 #
MAR160949
(W) Cullen Bunn (A) Dalibor Talajic, Matteo Lolli (CA) Salva Espin
Wade Wilson stars in a killogy of chaos! It begins when (spoilers!) Deadpool kills the Marvel Universe! But what could drive another dimension's DP to murderize every other costumed hero and villain on his world? And his bloodlust doesn't stop there. Not when the Ideaverse is full of the fabled icons of classic literature - you know, the ones your parents read about in books. And not when there are multiple realities, harboring infinite Mercs with infinite Mouths. Before this Wade's work is done, every one of them must be silenced - permanently! Only one man can avert regenerating de-genocide. To catch a Deadpool, you need a Deadpool. And it just so happens the Wade Wilson you know and love is the Deadpooliest of them all! Collecting DEADPOOL KILLS THE MARVEL UNIVERSE #1-4, DEADPOOL KILLUSTRATED #1-4 and DEADPOOL KILLS DEADPOOL #1-4.
Parental Advisory
In Shops: Jun 08, 2016
SRP: $34.99
View All Items In This Series
ORDER SUBSCRIBE WISH LIST