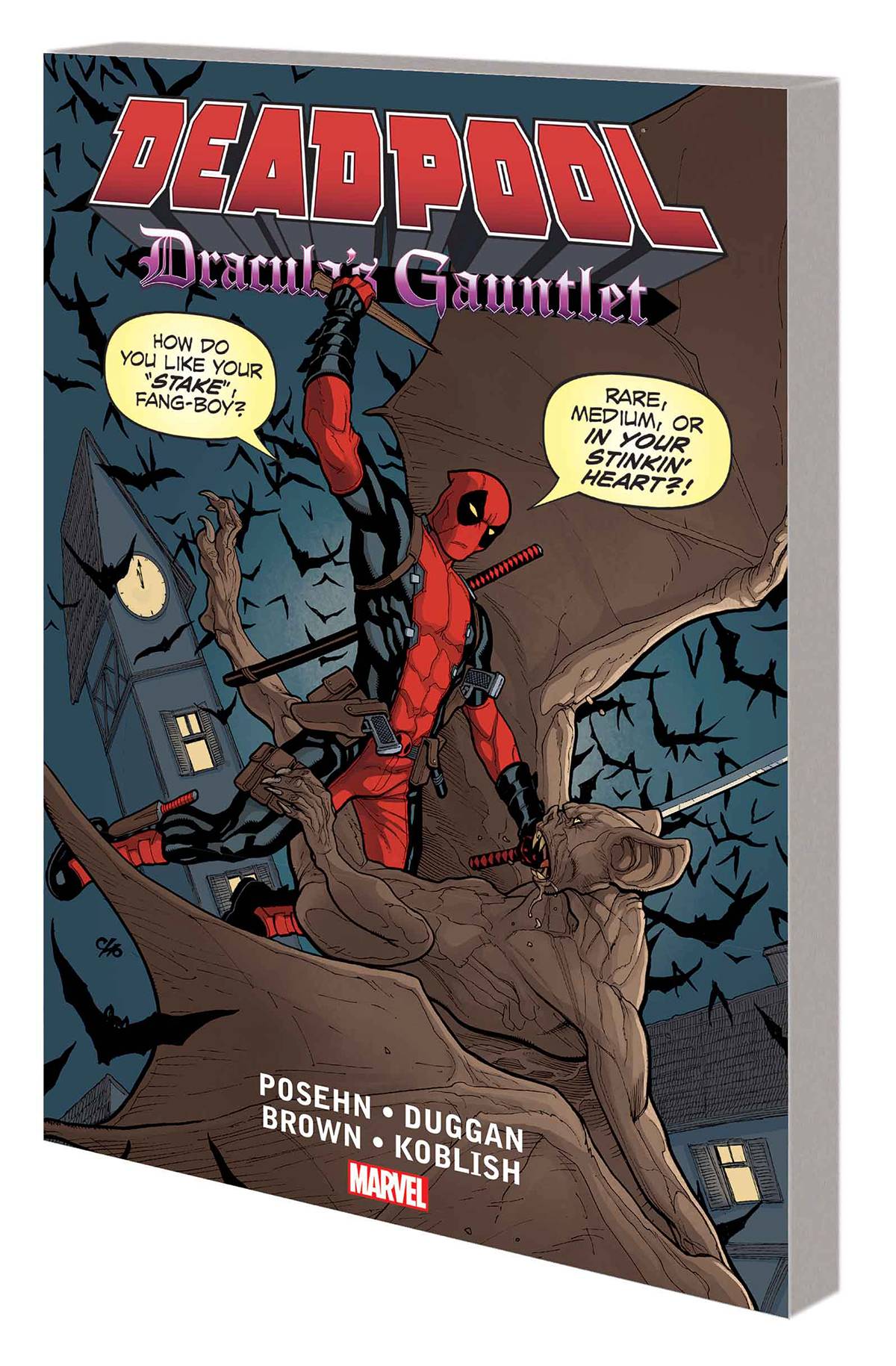 #
MAR160948
(W) Brian Posehn, Gerry Duggan (A) Various (CA) Frank Cho
Dracula has chosen a bride. She's a succubus queen of the undead, and their union will end eons of conflict in the monster world. Only one problem: He's hired Deadpool to find her! The stakes are high, middling and painfully low as wascally Wade goes all Indiana Jones in a bid to dig up Drac's long-buried intended - battling teleporting assassins, Greek legends and even the vampire hunter Blade! And when Deadpool finally meets the bride-to-be, even he gets cold feet about this unholy matrimony. If Wade won't run this gauntlet, Dracula will throw down the gauntlet. And that means sending Werewolf by Night and the most literal Frightful Four of all time to retrieve his quarry. As an all-out Monster Mash looms, how far is Wade willing to go to stop this wedding? Collecting DEADPOOL: DRACULA'S GAUNTLET #1-7.
Parental Advisory
In Shops: Jun 22, 2016
SRP: $24.99
ORDER WISH LIST