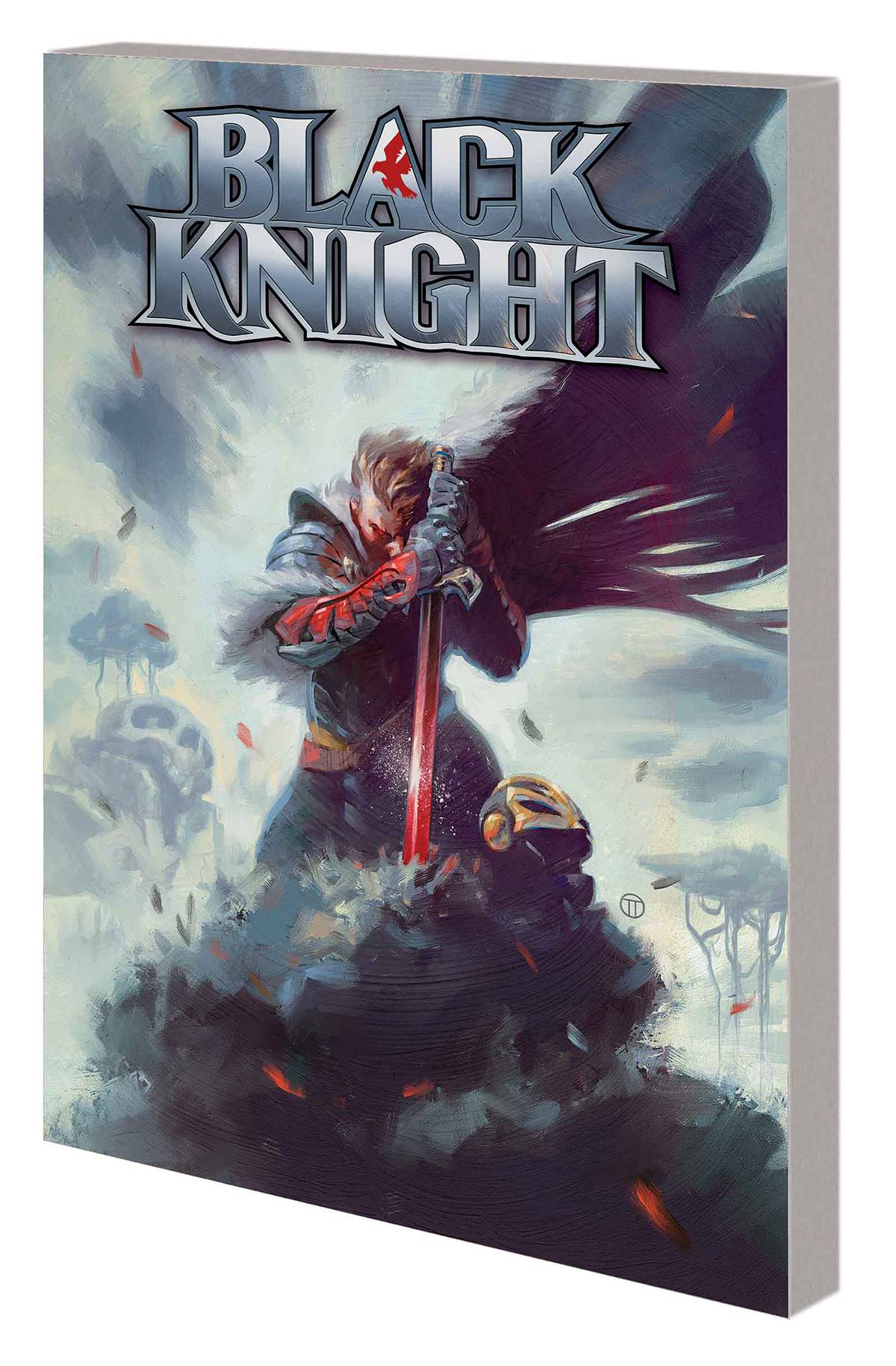 #
MAR160938
(W) Frank Tieri (A) Various (CA) Julian Totino Tedesco
What do you do when it's your destiny to be damned? For centuries, thats the grave question that has plagued each wielder of the Ebony Blade - and all of them ultimately succumbed to the sword's curse. Now, as his own addiction to the weapon grows ever stronger, this shocking truth is laid bare to its current owner, the former Avenger Dane Whitman. Will this revelation be the reason he ends up in the strange and dangerous realm known as Weirdworld? Or are there other forces at work? When the Uncanny Avengers hunt him down, will Dane's past actions finally catch up with him? And in the ensuing battle, will his stay in Weirdworld come to a premature end? It's swords, sorcery and one man's struggle to not lose his soul! Collecting BLACK KNIGHT (2015) #1-5 and material from ORIGINAL SINS #2.
Rated T+
In Shops: Jun 08, 2016
SRP: $15.99
ORDER WISH LIST