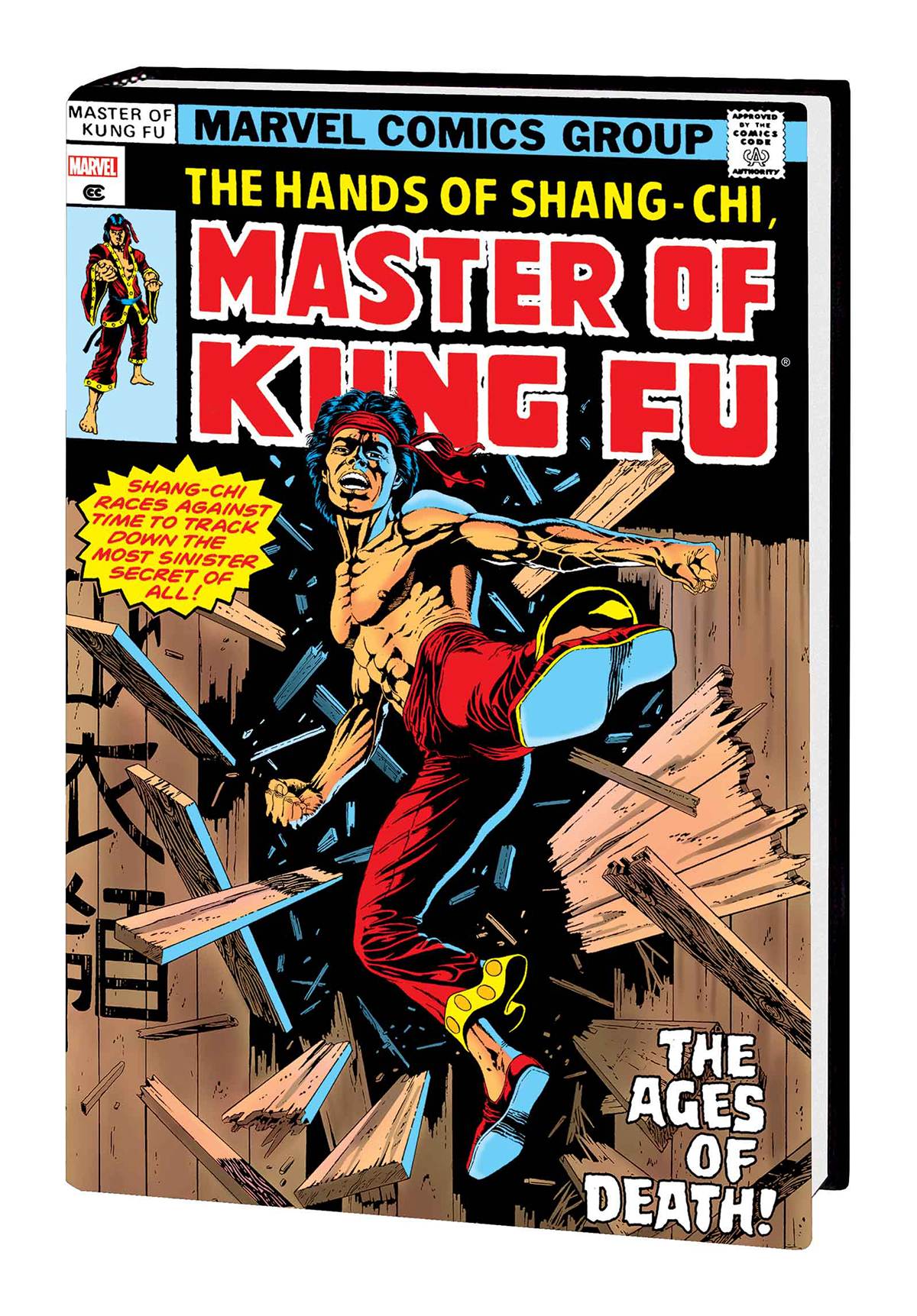 MAR160924
(W) Various (A) Various (CA) Paul Gulacy
Continuing the complete collection of one of comics' most sought-after classic series! It's martial-arts madness in the Mighty Marvel Manner, as Shang-Chi - a secret agent for British intelligence - pits his deadly hands against the claws of the Cat! The Master of Kung-Fu wrestles with the unstoppable Sumo, has his world rocked by Shockwave, and goes into aerial combat with the Red Baron! You'll feel for him when he faces the demon warrior Shaka Kharn, but what good will furious fists and flying feet be against...Doctor Doom?! Plus: In the ultimate martial-arts team-up, Shang-Chi will fight alongside Iron Fist. But his fiercest battle will come against his most bitter foe: his own father! Collecting MASTER OF KUNG FU (1974) #38-70 and ANNUAL #1.
Rated T+
In Shops: Sep 28, 2016
SRP: $125.00
View All Items In This Series
ORDER WISH LIST