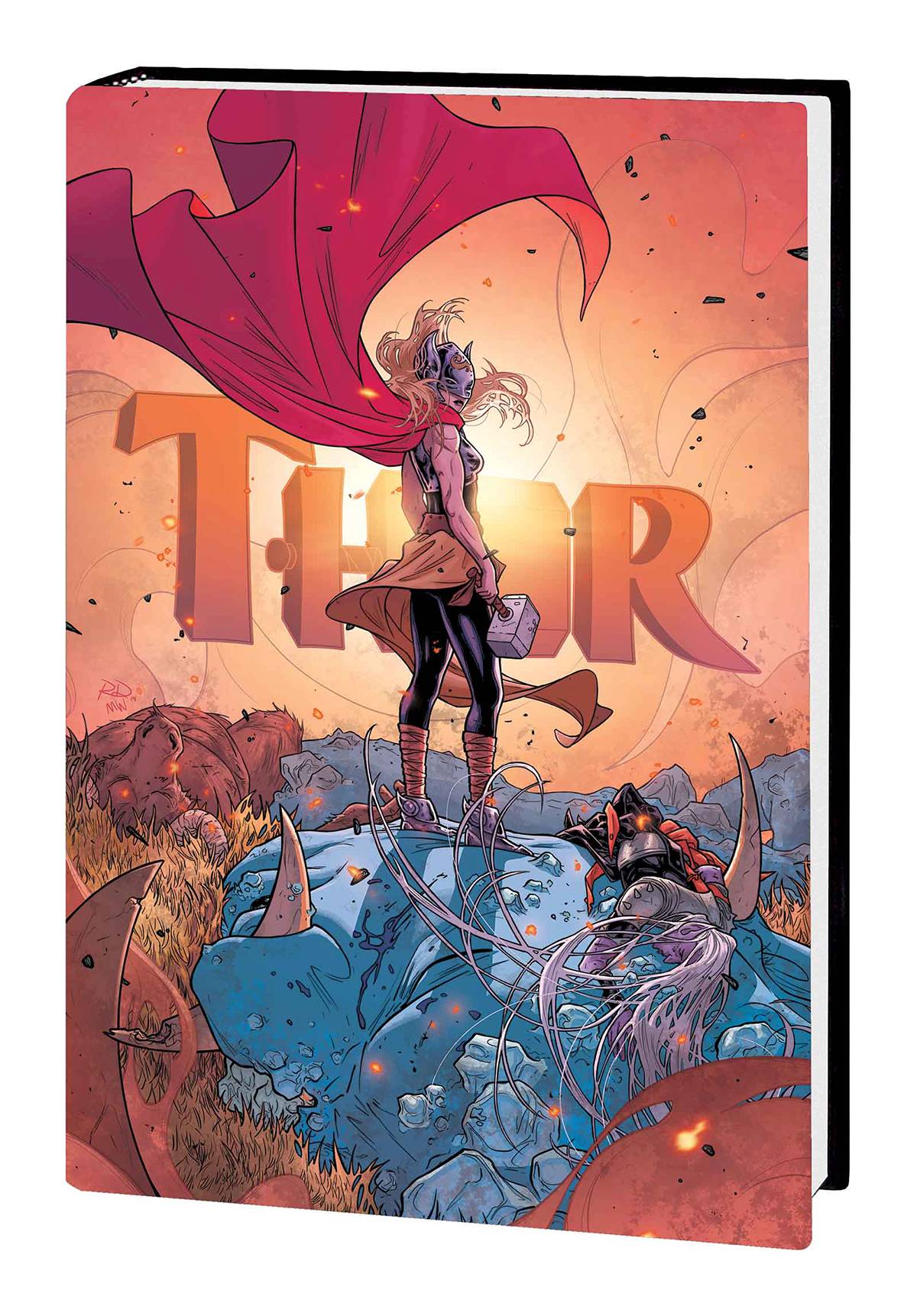 #
MAR160920
(W) Jason Aaron, Cm Punk, Noelle Stevenson (A) Various (CA) Russell Dauterman
The God of Thunder is unworthy. Mjolnir lies abandoned. But when Frost Giants invade Earth, a new hand will grasp its handle - and a mysterious woman will take up the mantle of the Mighty Thor! Who is this new Goddess of Thunder? That's exactly what the Odinson wants to know - so brace yourself for Thor vs. Thor! All-Father Odin isn't happy, either, and he'll call on some very dangerous, very unexpected allies in a bid to reclaim the enchanted hammer. Meanwhile, Malekith the Dark Elf forges his most dangerous pact yet! But as the new Thor faces the unstoppable machine of death and destruction that is the Destroyer, she will prove herself a worthy successor to the heroic mantle! It's a bold new chapter in the storied history of Asgard and Thor! Collecting THOR (2014) #1-8 and ANNUAL #1.
Rated T+
In Shops: Sep 07, 2016
SRP: $34.99
View All Items In This Series
ORDER SUBSCRIBE WISH LIST