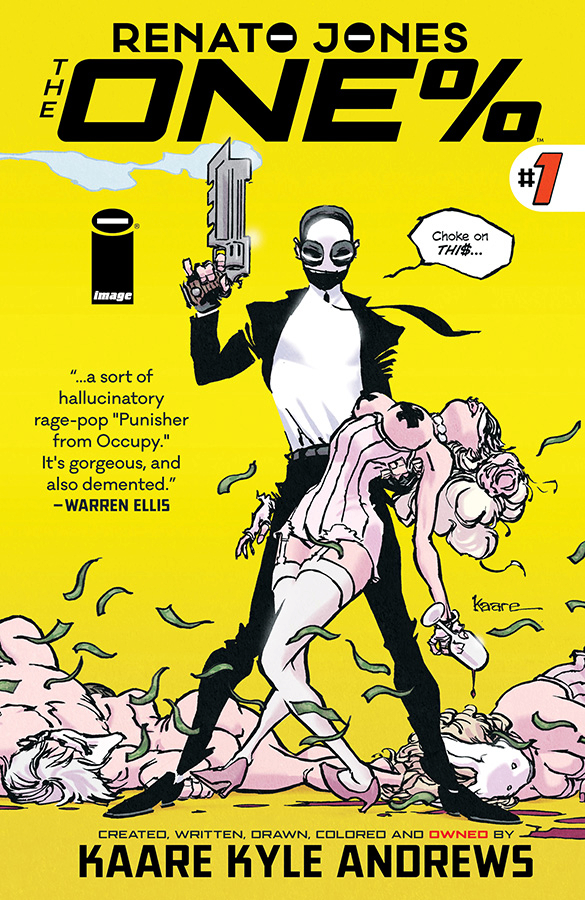 MAR160509
(W) Kaare Andrews (A/CA) Kaare Andrews
Special double-sized first issue!
The One% own more than half the world's wealth. They've crashed economies, bought governments, and have amassed more power than any other group in history. And they still don't have enough. With this kind of power how can anyone make them pay? WHO will make them pay? Enter Renato Jones, a mysterious vigilante, out to even the score. And when he enters the fray THE SUPER-RICH ARE SUPER F***ED.