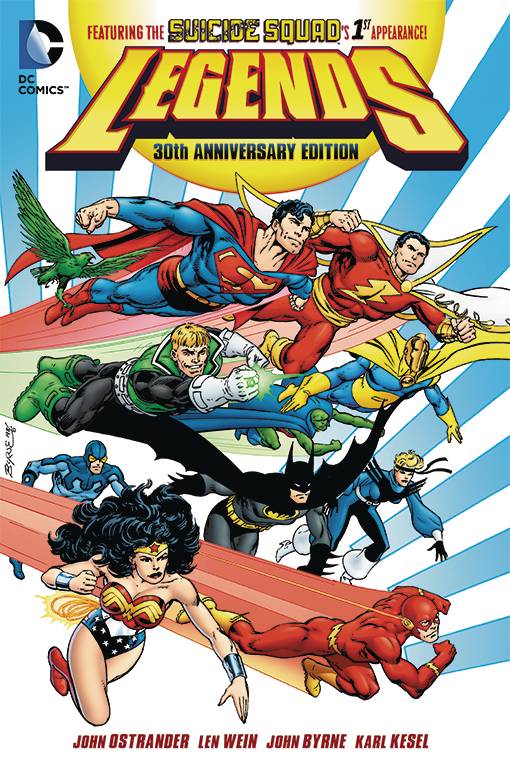 #
MAR160278
(W) John Ostrander, Len Wein (A) Karl Kesel (A/CA) John Byrne
In the wake of CRISIS ON INFINITE EARTHS, the heroes of the DC Universe must find a new purpose and direction in the battle for justice! When G. Gordon Godfrey arrives on behalf of Darkseid to create a hate campaign that outlaws super-heroic activities, the world's greatest find themselves fighting the very people they swore to protect! Don't miss this new edition collecting the 6-issue miniseries, including the first appearance of the modern Suicide Squad!
In Shops: Jun 01, 2016
SRP: $17.99
ORDER WISH LIST