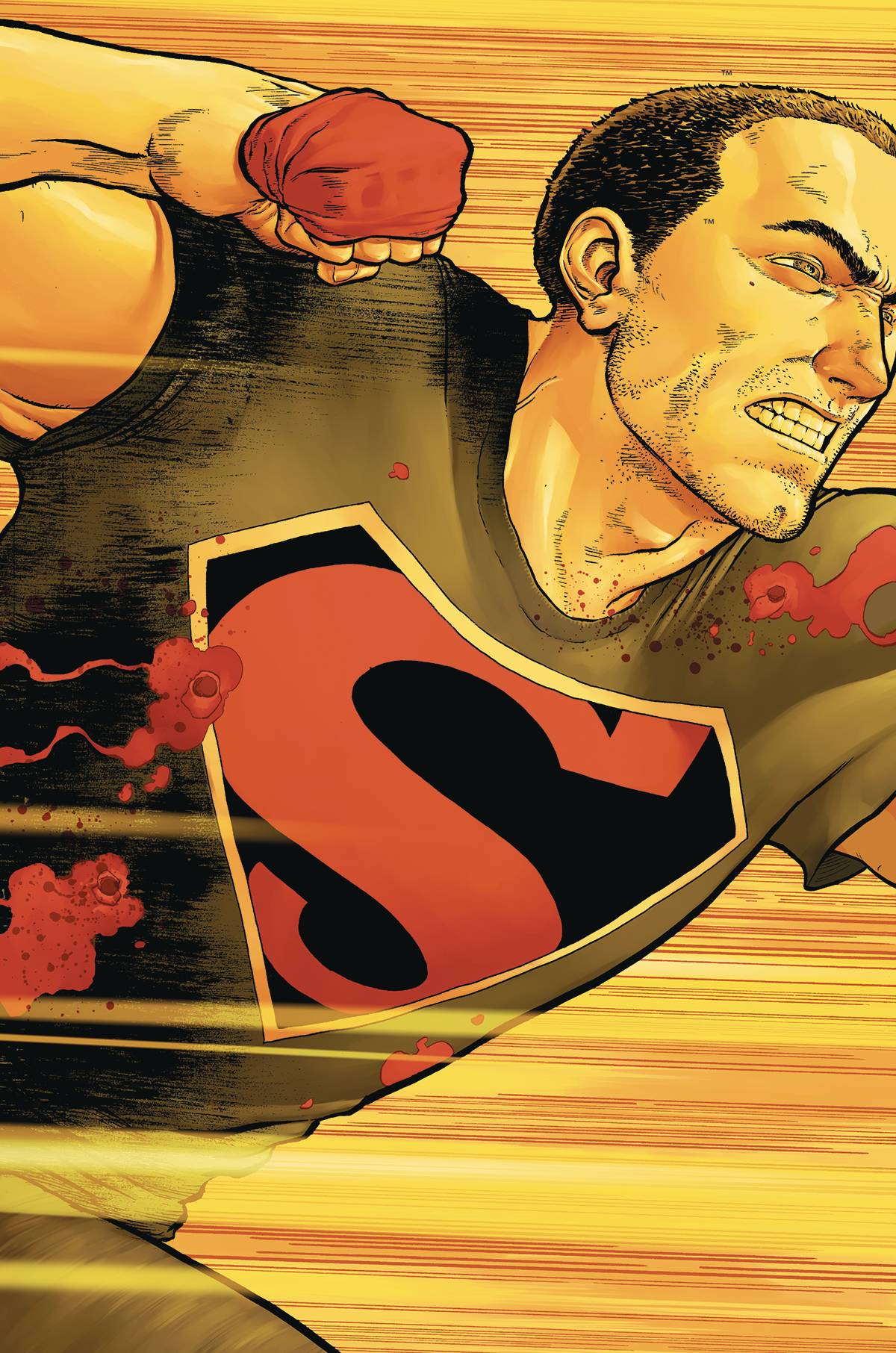 #
MAR160273
(W) Greg Pak, Aaron Kuder (A) Howard Porter, Scott Kolins, Georges Jeanty, Karl Story, Wade Von Grawbadger, Sean Parsons, Dexter Vines (A/CA) Aaron Kuder
In these stories from ACTION COMICS #41-47 and the Sneak Peek story from CONVERGENCE: SUPERBOY #2, Clark deals with a society that no longer trusts him as he fights off a monstrous army that's trying to destroy Metropolis. The only problem? Along with his secret identity, Superman's powers have gone on the fritz. Does the former Man of Steel have enough strength to stop this grave threat?
In Shops: Jul 20, 2016
SRP: $24.99
View All Items In This Series