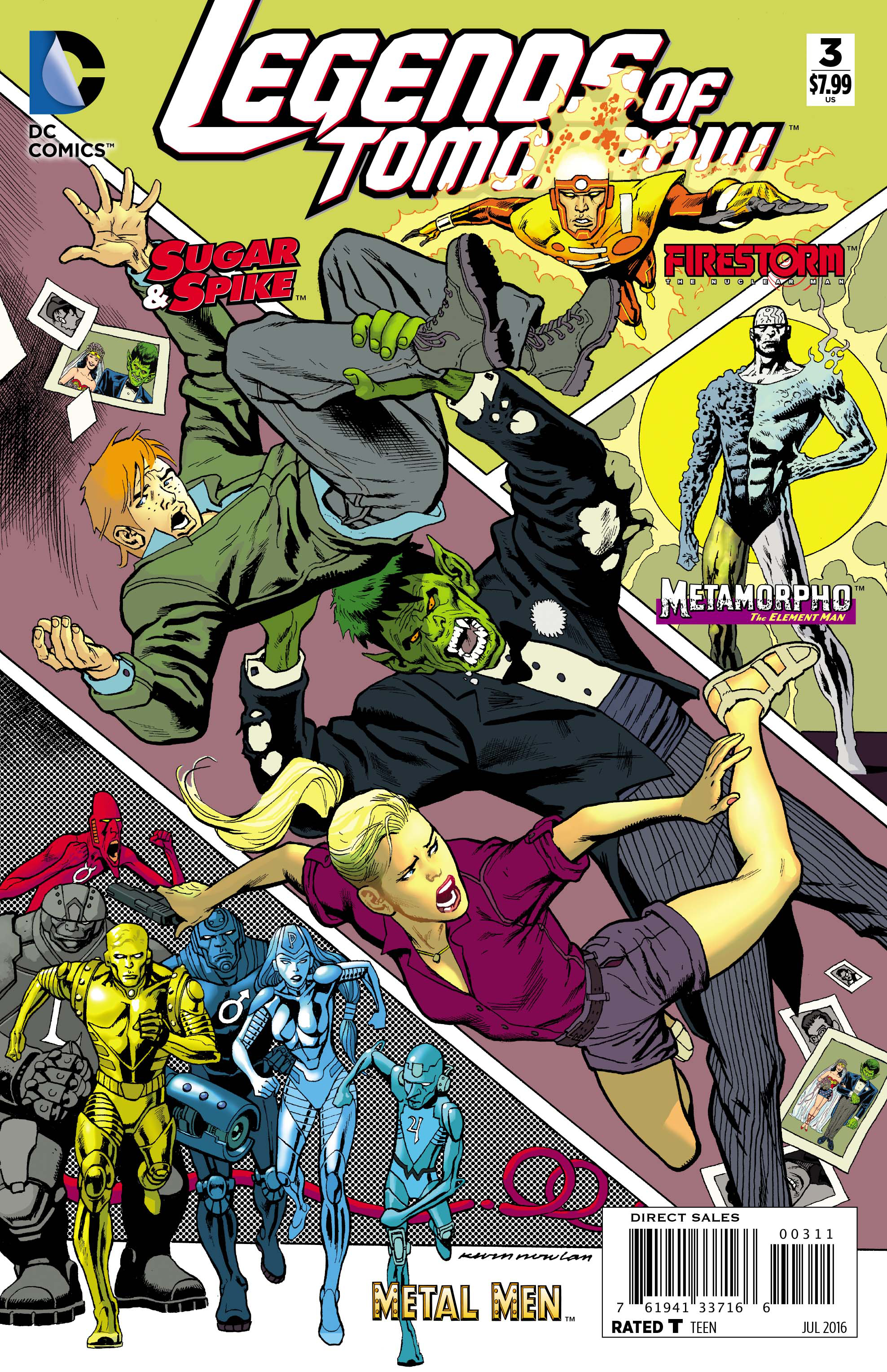 MAR160190
(W) Gerry Conway, Len Wein, Aaron Lopresti, Keith Giffen (A) Eduardo Pansica, Rob Hunter, Yildiray Cinar, Trevor Scott, Aaron Lopresti, Bilquis Evely, Jonathan Glapion (CA) Kevin Nowlan
The legends continue with four acclaimed teams bringing you all-new thrills and adventure!
METAMORPHO
Written by AARON LOPRESTI
Art by AARON LOPRESTI and MATT BANNING
Metamorpho and Sapphire have been transported to another planet, one torn apart by war over the orb that gave Metamorpho his powers! Meanwhile, the alien criminal Kanjar Ro isn't too far behind, planning to steal the orb by any means necessary.
FIRESTORM: THE NUCLEAR MAN
Written by GERRY CONWAY
Art by EDUARDO PANSICA and ROB HUNTER
Ronnie and Stein are back together as Firestorm! But as they struggle to work together again, Major Force shows up with nothing but punches and fists to the face-don't miss this all-out action fight issue!
SUGAR & SPIKE
Written by KEITH GIFFEN
Art by BILQUIS EVELY
When an ex from Wonder Woman's past threatens to expose their relationship on daytime television, Sugar & Spike are on the case! Will our heroes uncover the secret and horrible agenda that guides this menace's hand before it's too late?
METAL MEN
Written by LEN WEIN
Art by YILDIRAY CINAR and TREVOR SCOTT
The Metal Men face off against a threat who might make them lose their breath and their chance for escape! Meanwhile, General Scaletti begins her own plan to capture the Metal Men!
In Shops: May 11, 2016
SRP: $7.99
View All Items In This Series