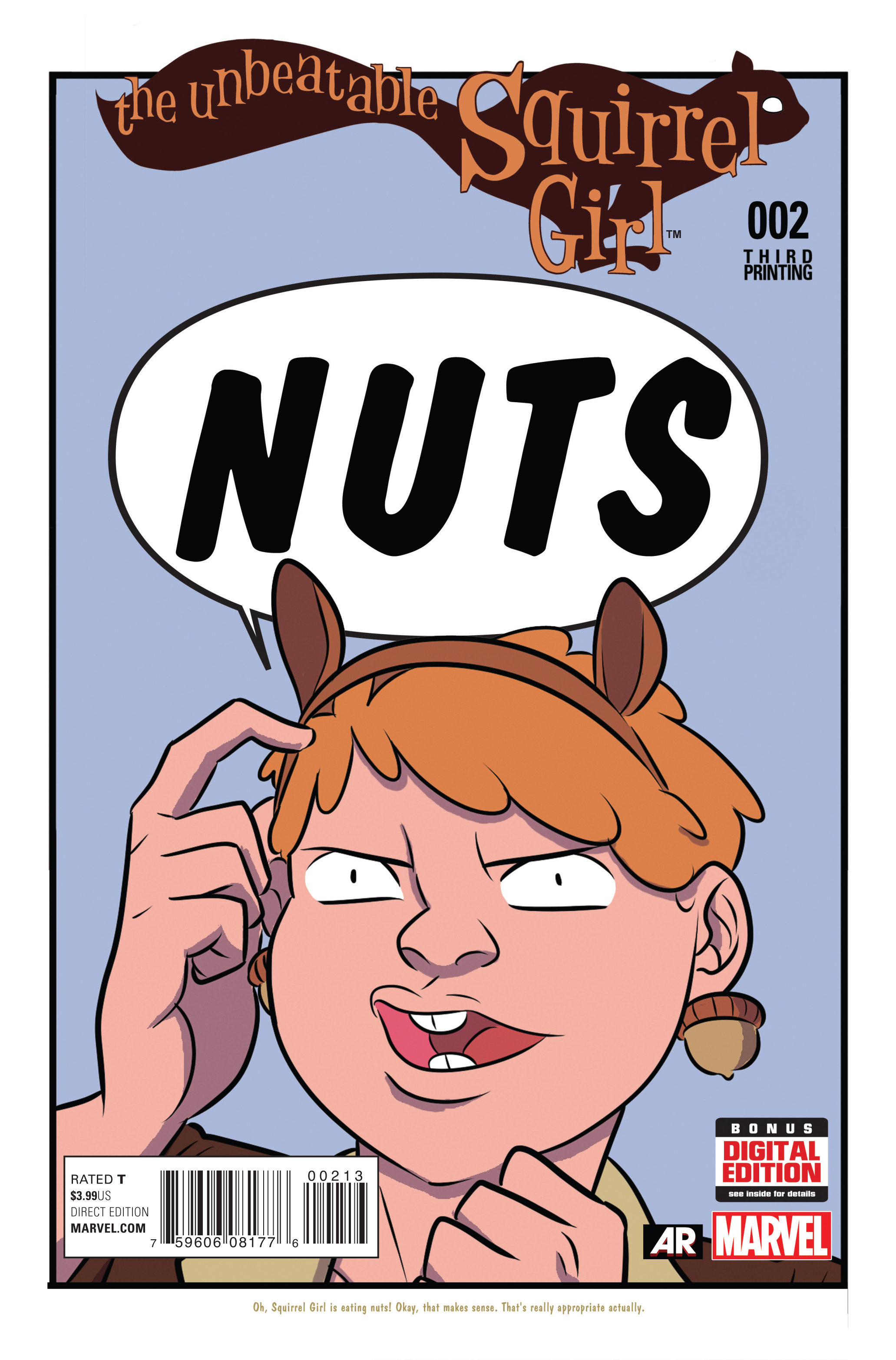 MAR158546
(W) Ryan North (A/CA) Erica Henderson
From Marvel Comics. Starting college is hard enough, but now Squirrel Girl has to deal with Galactus too? The fate of the entire planet hangs in the balance, and only Squirrel Girl can save it! Also, her squirrel friend Tippy Toe. She can help too. Iron Man might show up, too! Kinda, at least! Rated T+. Scheduled to ship 06/10/15. (161)