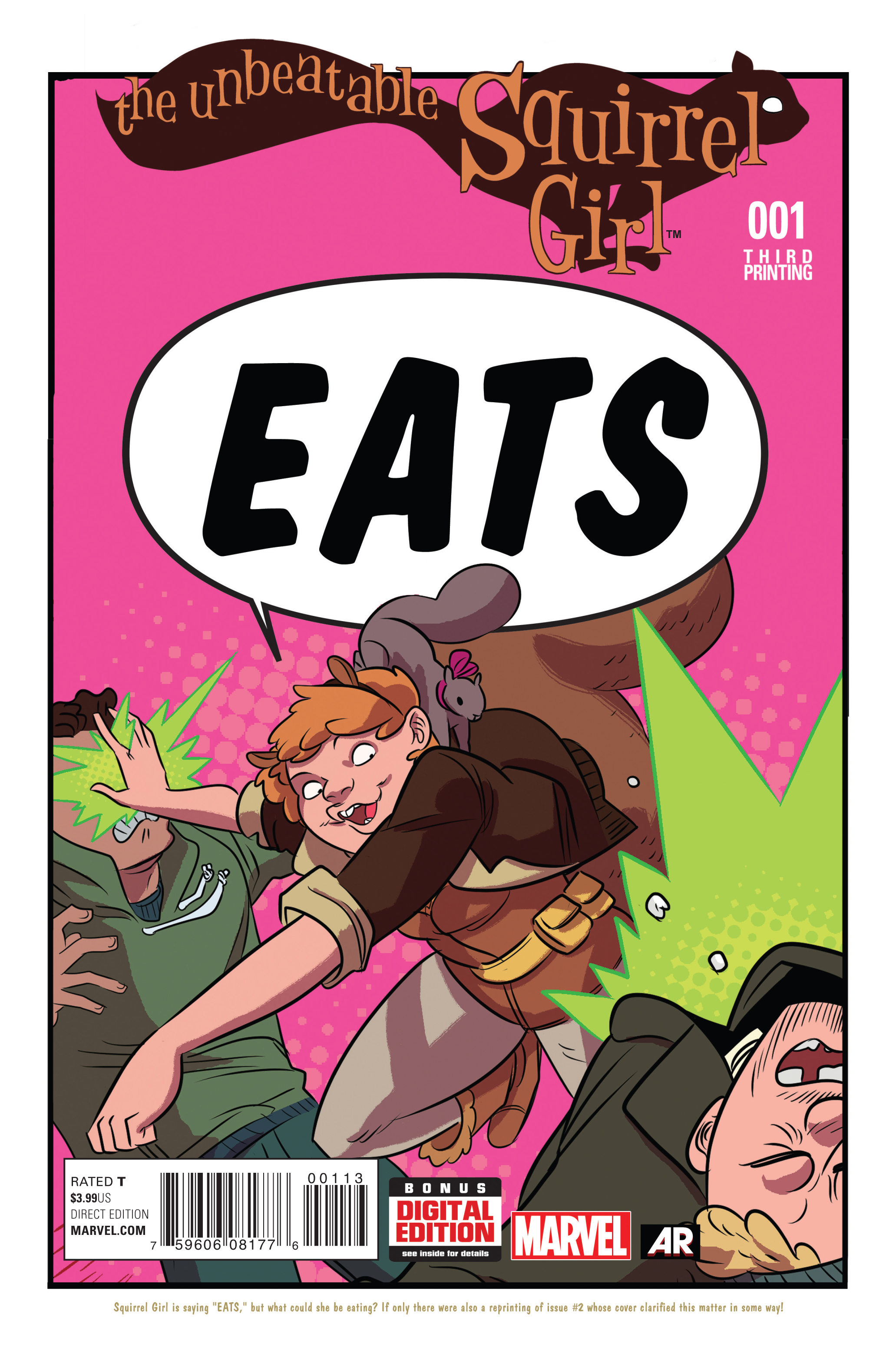 MAR158545
(W) Ryan North (A/CA) Erica Henderson
From Marvel Comics. Wolverine, Deadpool, Doctor Doom, Thanos: There's one hero that's beaten them all - and now she's got her own ongoing series! (Not that she's bragging.) That's right, you asked for it, you got it, it's Squirrel Girl! (She's also starting college this semester.) It's the start of a brand-new series of adventures starring the nuttiest and most upbeat super hero in the world! Rated T+.  Scheduled to ship 06/10/15. (161)