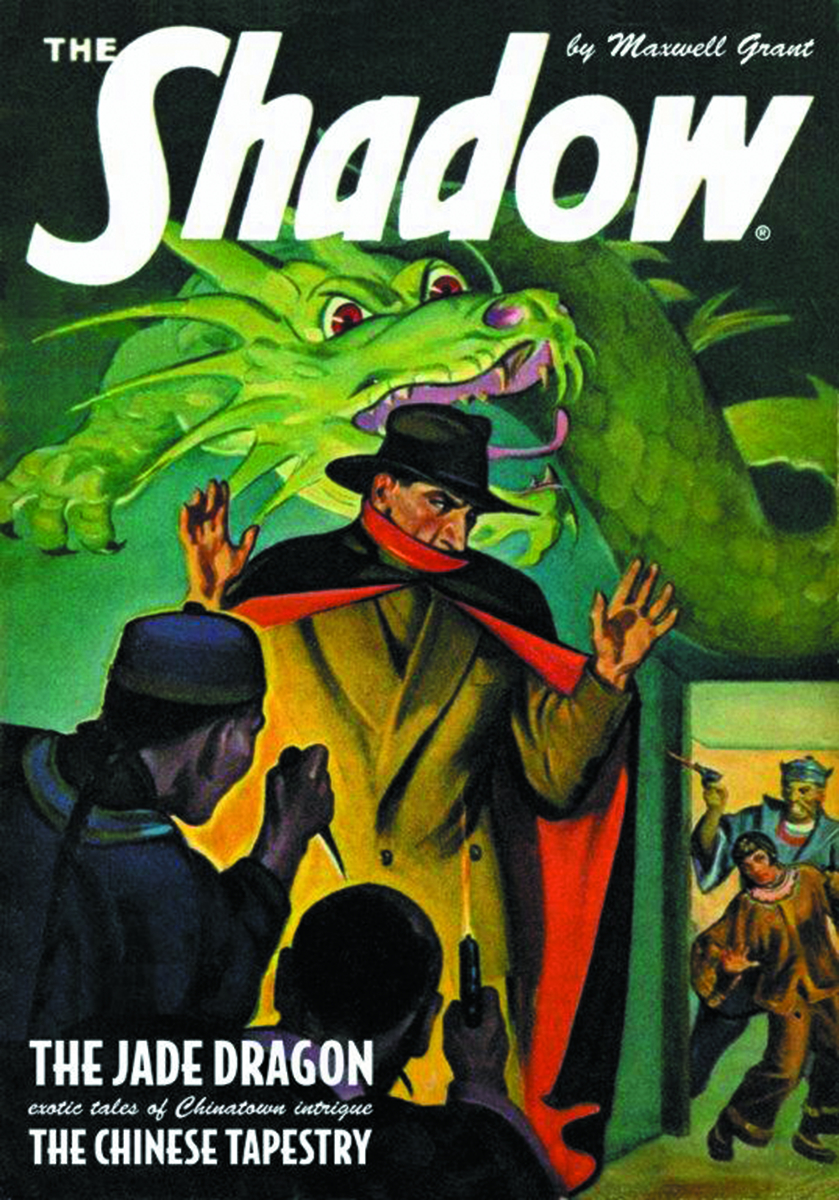 MAR151764
(W) Maxwell Grant, Walter B. Gibson, Will Murray (A) Paul Orban, Tom Lovell (CA) George Rozen
The Dark Avenger known as Ying Ko journeys to San Francisco's and New York's Chinatowns to combat exotic menaces in two pulp thrillers by Walter B. Gibson. First, The Shadow investigates the strange mysteries of a dead man who still lives and "The Chinese Tapestry" that holds the secret to a fabulous inheritance! Then, The Shadow of Justice falls over Manhattan's Chinese community as the Knight of Darkness attempts to stop a murderous monster from acquiring the occult power of "The Jade Dragon." Plus, a rare Golden Age classic from the first issue of Shadow Comics!
In Shops: Apr 29, 2015
SRP: $14.95
View All Items In This Series
ORDER SUBSCRIBE WISH LIST