UNTIL DEATH DO US PART GN VOL 09 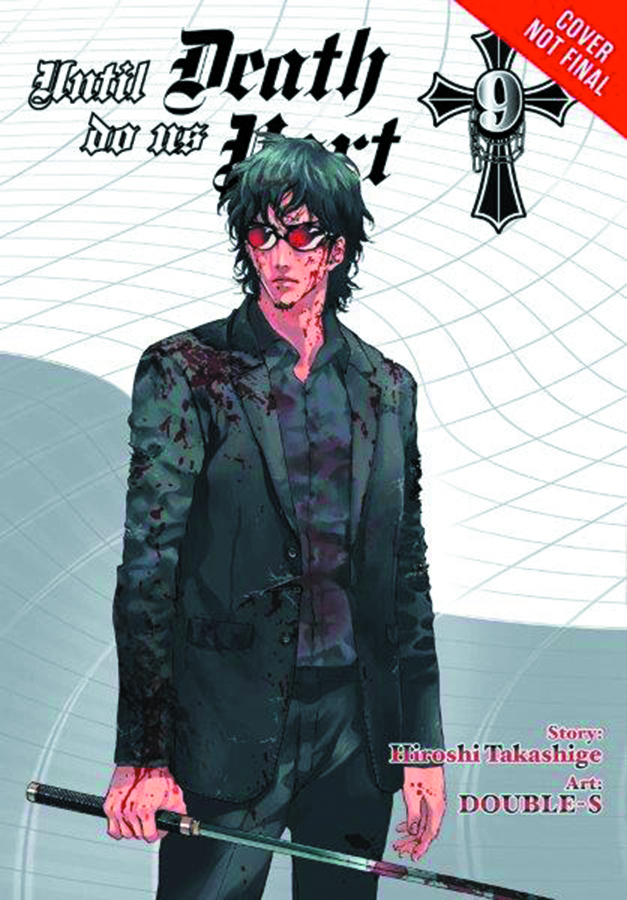 MAR151681
(W) Hiroshi Takashige (A) Hiroshi Takashige (CA) Double - S
On the run from those who would use her abilities for evil, a young precog seeks protection from an unlikely swordsman. Mamoru has surrendered himself to the elite seven-man unit the Trumps. Tied up and unarmed except for an explosive implanted in his molar, Mamoru's odds of survival are looking grim. In spite of this, Mamoru stubbornly holds up under the enemy's interrogation, .until Haruka herself is captured in the middle of his torment! Under the most desperate circumstances imaginable, the battle erupts: Mamoru vs. the Trumps!
In Shops: May 20, 2015
SRP: $25.00
View All Items In This Series
ORDER WISH LIST