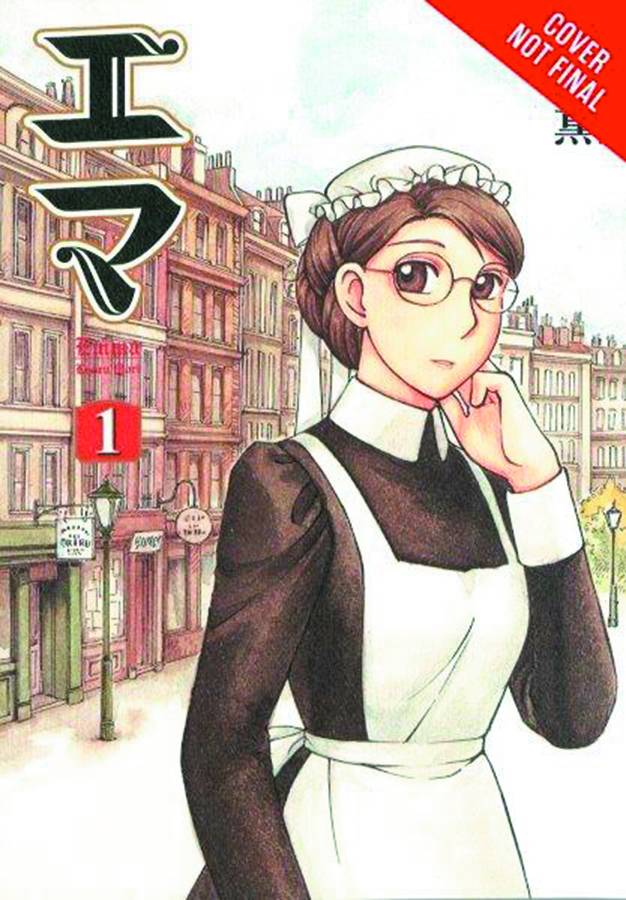 #
MAR151671
(W) Kaoru Mori (A/CA) Kaoru Mori
Selected as one of YALSA's Great Graphic Novels for Teens in 2008, Kaoru Mori's Emma, a modern manga classic, brings Victorian England to life in painstaking detail. Calling upon his inimitable former governess, young aristocrat William Jones is startled to find his knock answered by a clever, bespectacled maid, Emma. From that moment forward, the two are drawn to each other and slowly but surely grow ever closer. But as the love between Emma and William builds, so too do the obstacles that threaten to keep them apart. For in Victorian London, some things are simply not done, and marrying outside of one's social class just happens to be one such taboo. Now available from Yen Press in deluxe hardcover omnibus editions!
In Shops: May 20, 2015
SRP: $35.00
View All Items In This Series
ORDER WISH LIST