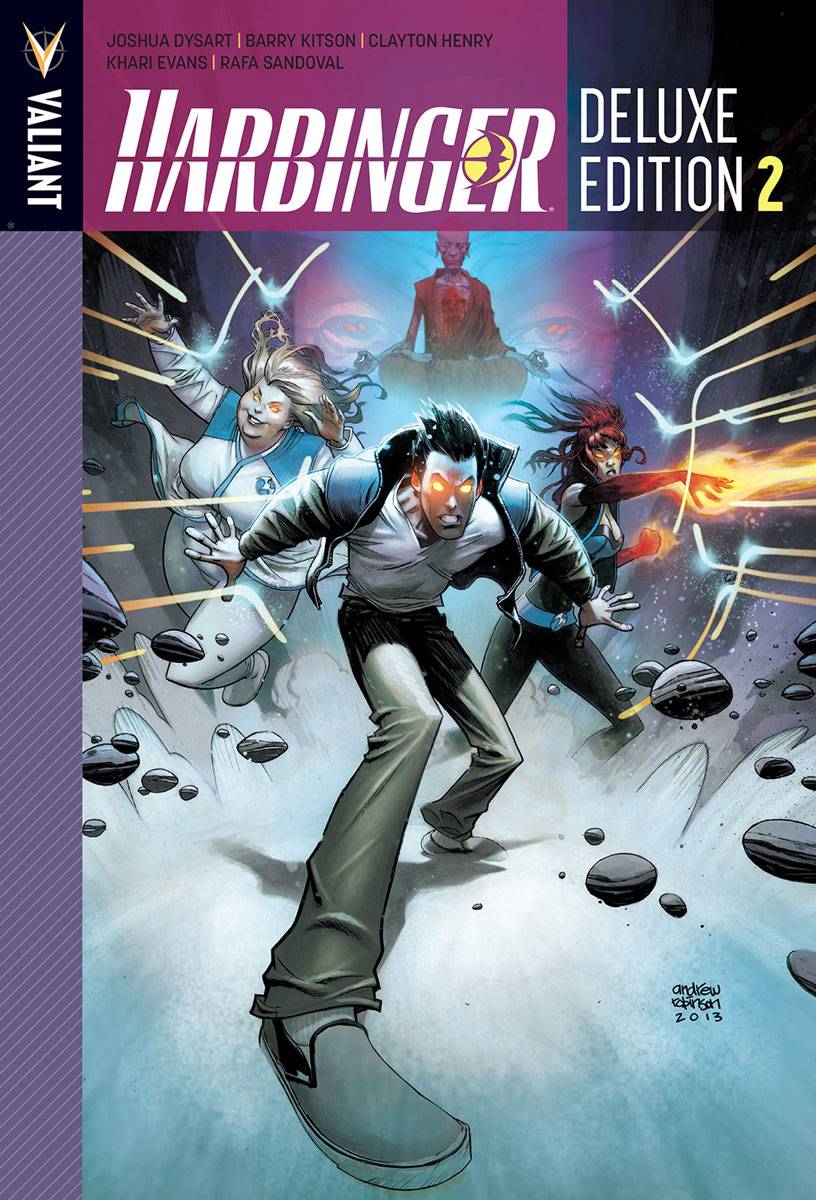 #
MAR151616
(W) Joshua Dysart, Dan Goldman, Justin Jordan, Vivek J. Tiwary, Lucy Knisley (A) Clayton Henry, Barry Kitson, Rafa Sandoval, Khari Evans, Lewis LaRosa, Rafer Roberts, Mico Suayan, Stephen Segovia, Lucy Knisley, Stefano Gaudiano, Mark Pennington, Brian Level, Riley Rossmo (CA) Andrew Robinson
From the mind of New York Times best-selling writer Joshua Dysart (IMPERIUM, Unknown Soldier) and an all-star cast of comics' top talents comes the second stunning oversized hardcover collection of the devastating series that the Onion/A.V. Club calls "one of the most binge-worthy superhero comics currently available"!
Peter Stanchek. Toyo Harada. The two most destructive superpowers in the world - literally - have come to a reckoning of will. In the fallout of their cataclysmic conflict, their former families - the Renegades and the Harbinger Foundation - will lie in shards around them. What will stop these men - either of them - from reducing the world to ashes? The Renegades thought they could get their old lives back. They thought they could bring
down Toyo Harada and the Harbinger Foundation. They were wrong. And now their loved ones will pay the price...and their once secret confl ict will change the world as we know it.