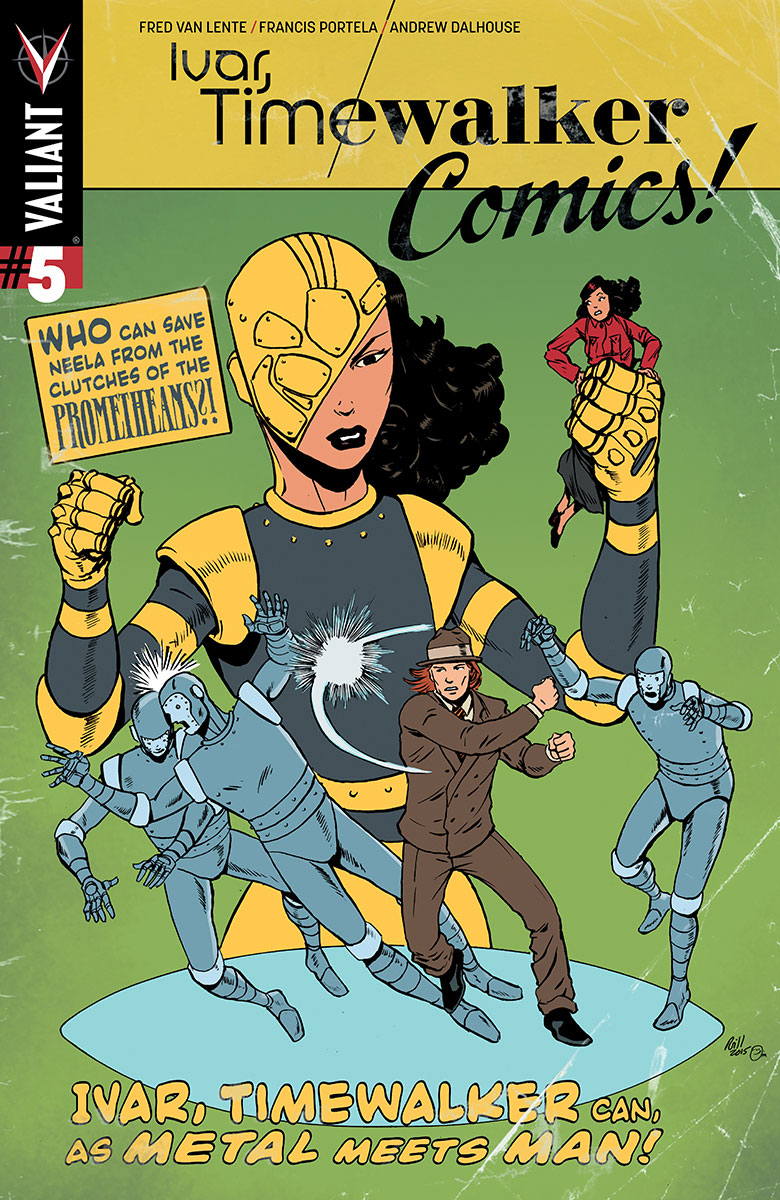 Dr. Neela Sethi, the inventor of time travel is captured by her evil future-self (because...time travel) and tempted to give into her rage and become the woman who may destroy history! As the BIG CRUNCH rapidly unmakes the universe around her, Neela faces a choice that may give her her life's dreams...at the cost of the very universe itself.

But take heart, inhabitants of the very universe itself, because all of our hopes lie the hands of IVAR, TIMEWALKER! But even he can't save us alone - what happens when history's most jaded time traveler puts together the best team he can find to save time itself? A combination of his estranged family, like his inebriated, immortal
brother ARMSTRONG, his interdimensional enemies like history's most re-tweeted prankster LULZ, and a BLOODSHOT NANITE with one heck of an attitude problem are just the start of history's most unexpected saviors. The plot to save history begins here, so don't worry! ...Well, maybe you should worry a little.
In Shops: May 27, 2015
SRP: $3.99
View All Items In This Series