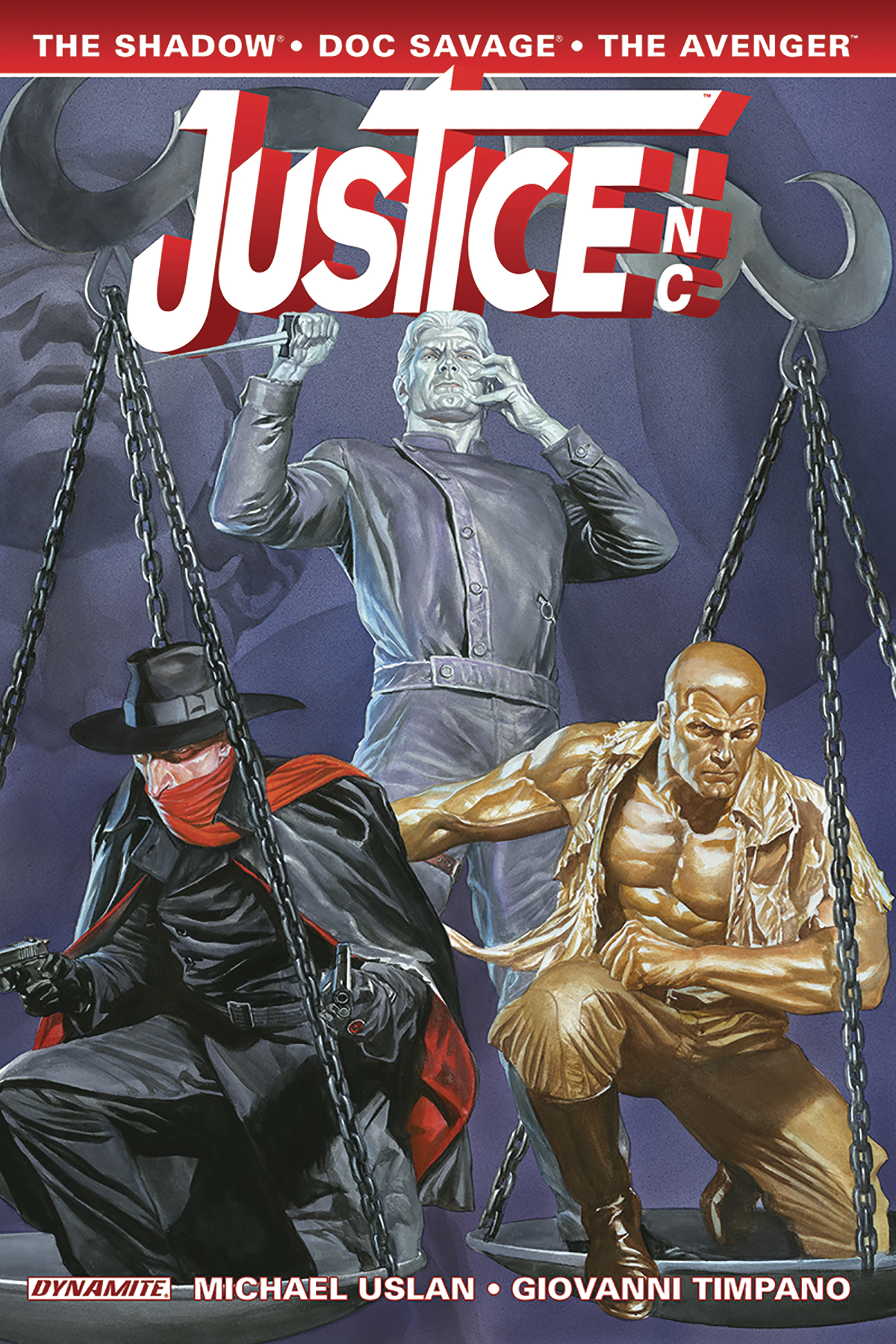 MAR151235
(W) Michael Uslan (A) Giovanni Timpano (CA) Alex Ross
A historic crossover seventy-five years in the making! The Shadow, Doc Savage, and The Avenger, the three iconic crime-fighters first introduced in the pulp magazines of Street & Smith Publications, come together for the first time ever to avert global catastrophe!

Out of tragedy, a hero is born... and an alliance formed! When an airliner carrying industrialist Richard Henry Benson and his family disappears, it's the first strike in a secret cabal's master plan for world conquest. As genius adventurer Doc Savage and brutal vigilante The Shadow attempt to avert disaster with their science and bullets, Benson rises from the ashes with a fearsome new identity: The Avenger. Can three men of contrasting ideology and methodology cast aside their inherent differences and band together to conquer the overwhelming threat of the Voodoo Master and his mysterious allies?
In Shops: Jun 03, 2015
SRP: $19.99
View All Items In This Series
ORDER WISH LIST