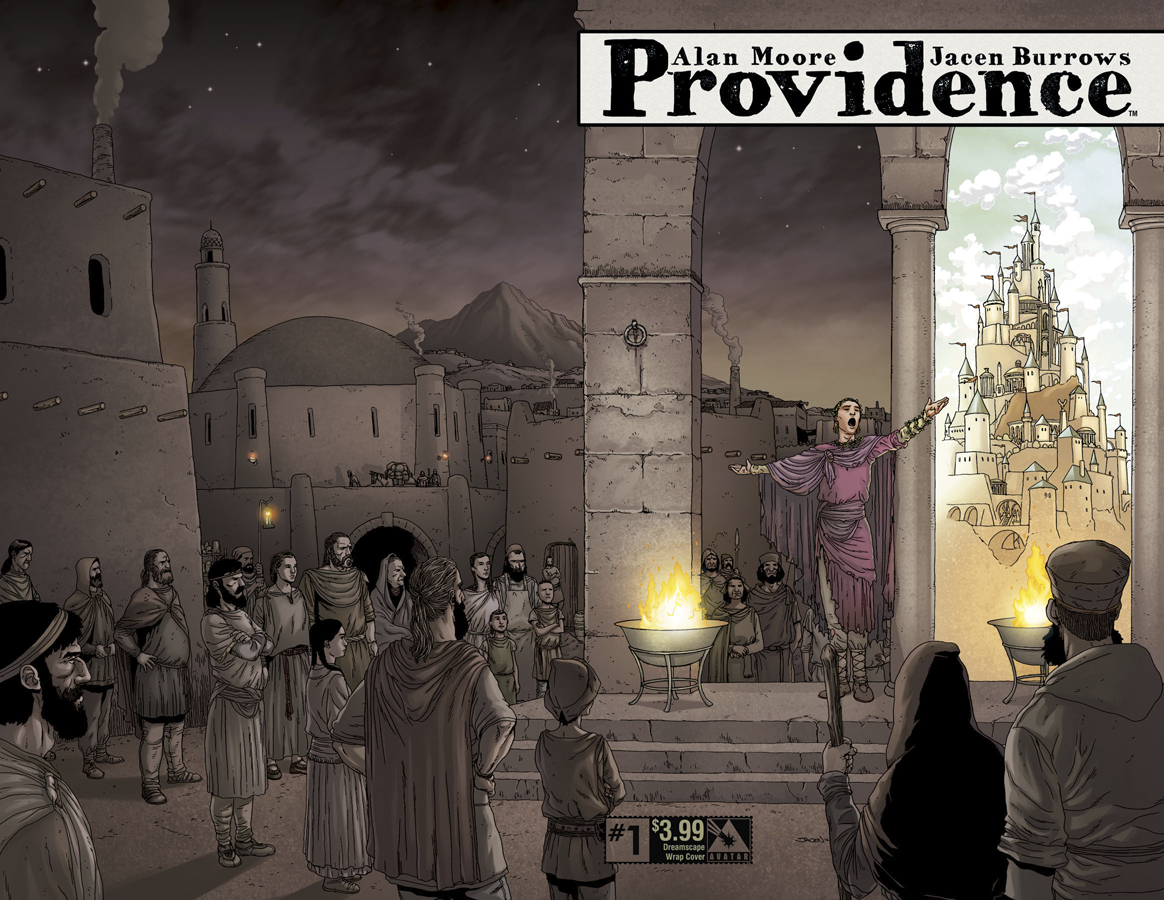 MAR150955
(W) Alan Moore (A/CA) Jacen Burrows
The most important work of 2015 begins here with the long-awaited arrival of Alan Moore's breathtaking epic PROVIDENCE with his artistic partner Jacen Burrows.  In his most carefully considered work in decades, Moore deconstructs all of Lovecraft's concepts, reinventing the entirety of his work inside a painstakingly researched framework of American history. Both sequel and prequel to NEONOMICON, PROVIDENCE begins in 1919 and blends the mythical visions of HPL flawlessly into the cauldron of racial and sexual intolerance that defined that era on the East Coast of America. Every line from artist Jacen Burrows is perfectly honed to complete this immersive experience. The result is a breathtaking masterpiece of sequential art that will define modern horror for this generation. Invoking a comparison it to a prior literary masterpiece is not something to be handled lightly, but in scope, importance and execution: Providence is the Watchmen of horror.
Moore has designed every cover, every single page, and every nuance of this work to create his most fully-realized vision to date.  There are no ads, all 32 pages are written by Moore, and Jacen Burrows has spent the past two years slaving over the finest detail possible on the pages.  The entire work is already written, intricately crafted to tie the most nuanced threads together over the breadth of the series.  Painstakingly researched, meticulously produced, this is a sequential masterpiece that will serve as important a call to the next generation of comic book writers as Watchmen did 30 years ago:  this is a definitive demonstration of just how good a comic book can be. Available with Regular, Pantheon, Portrait, Dreamscape Wraparound, Women of HPL, and a special Ancient Tome Incentive cover, all by collaborator Jacen Burrows.
In Shops: May 27, 2015
SRP: $3.99
View All Items In This Series