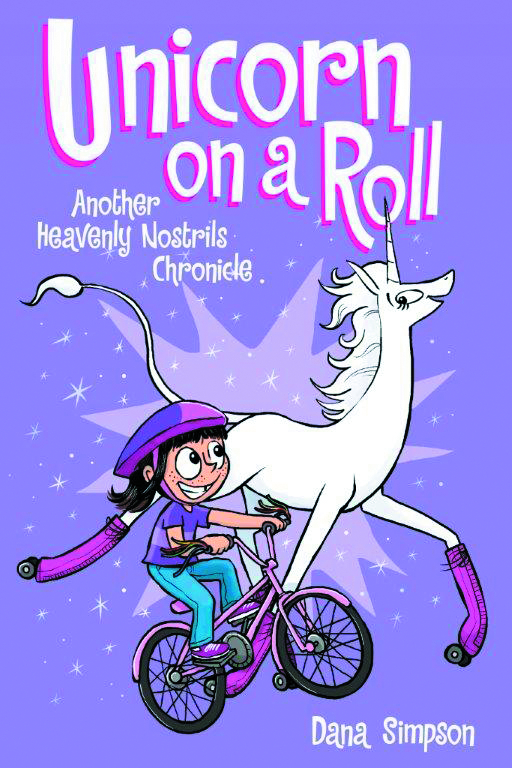 MAR150875
(W) Dana Simpson (A/CA) Dana Simpson
The magical friendship of Phoebe and her best friend, unicorn Marigold Heavenly Nostrils, is back in this second adventure of a girl and her mythical creature! One year has passed since Phoebe skipped a rock across a pond, accidentally hit a unicorn in the face, and was granted a single wish - which she used to make the unicorn, Marigold Heavenly Nostrils, her obligational best friend. Phoebe and Marigold navigate the difficulties of grade school, celebrate the winter holidays, and explore their super hero/super villain personas together. Join in the fun, as Phoebe competes against Dakota for the leading role of "Lisa Ladybug" in their fourth-grade play. Witness a band of unicorns staging an "intervention" and learn all the details of Marigold's secret crush on a mysterious creature she has never seen. Perhaps most important, watch as this surprising friendship between a charming, nine-year-old dreamer and a vain, mythical beast forever changes both of them for the better.
In Shops: May 27, 2015
SRP: $9.99
View All Items In This Series