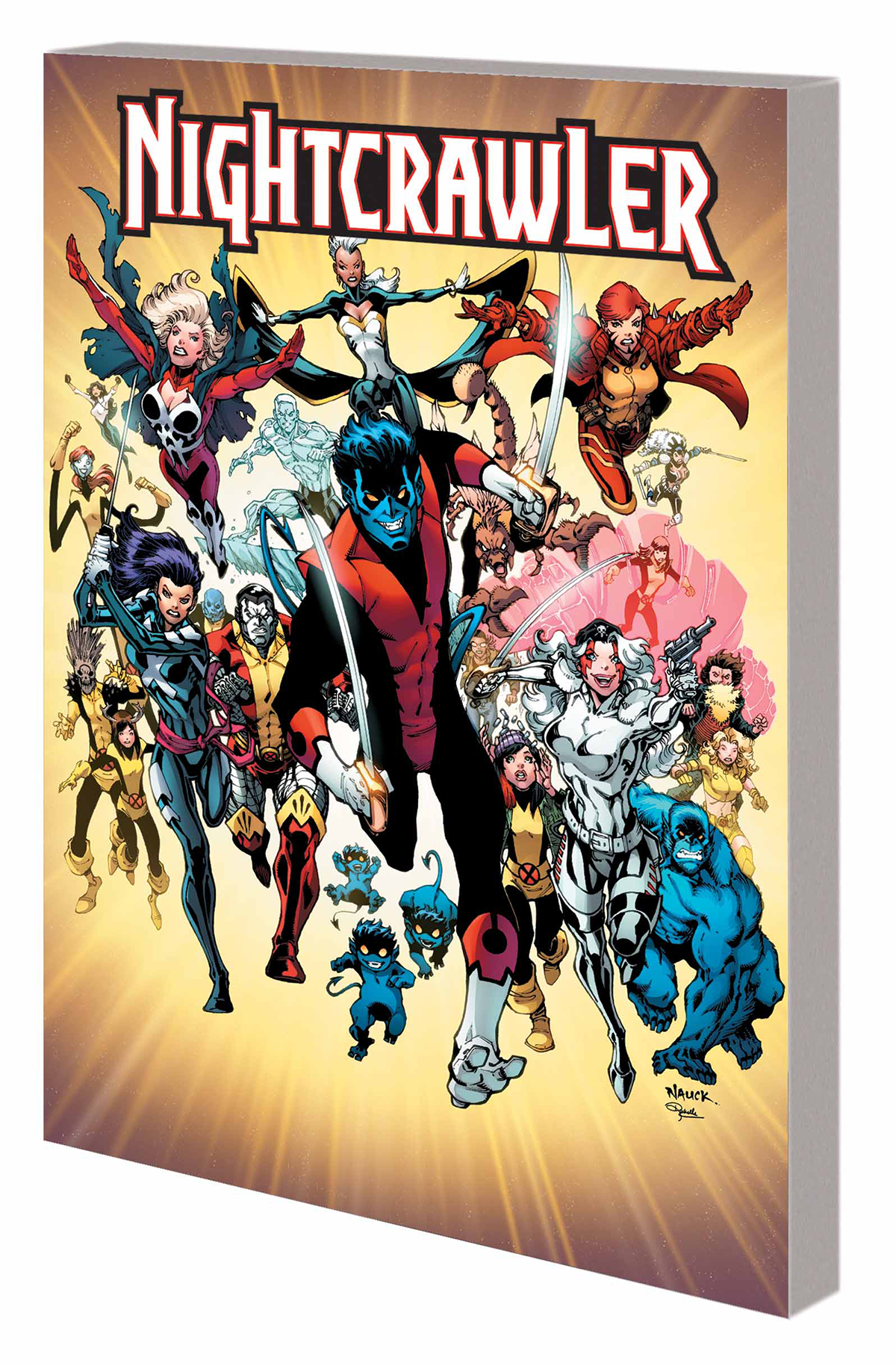 MAR150810
(W) Chris Claremont, Marguerite Bennett (A/CA) Todd Nauck
Not long ago, Nightcrawler was dead. Now, Kurt Wagner struggles to find his place in the land of the living once again. But ever since his best friend Wolverine died, that struggle is much more difficult! Nightcrawler tries to honor Wolverine's legacy by carrying on as a teacher and an X-Man. But Bloody Bess has other plans for him - and Nightcrawler finds himself in over his head when the Shadow King attacks! Haunted by lost loved ones, Nightcrawler must try to overcome the darkness in his soul to protect those nearest and dearest to him - and prevent the Shadow King's influence from spreading across the multiverse! But will he take his one-man war too far? Nightcrawler has believed that Heaven cast him out because his work on Earth wasn't finished. Now, he may just finish it! Collecting NIGHTCRAWLER (2014) #7-12.
In Shops: May 27, 2015
SRP: $16.99
View All Items In This Series
ORDER WISH LIST