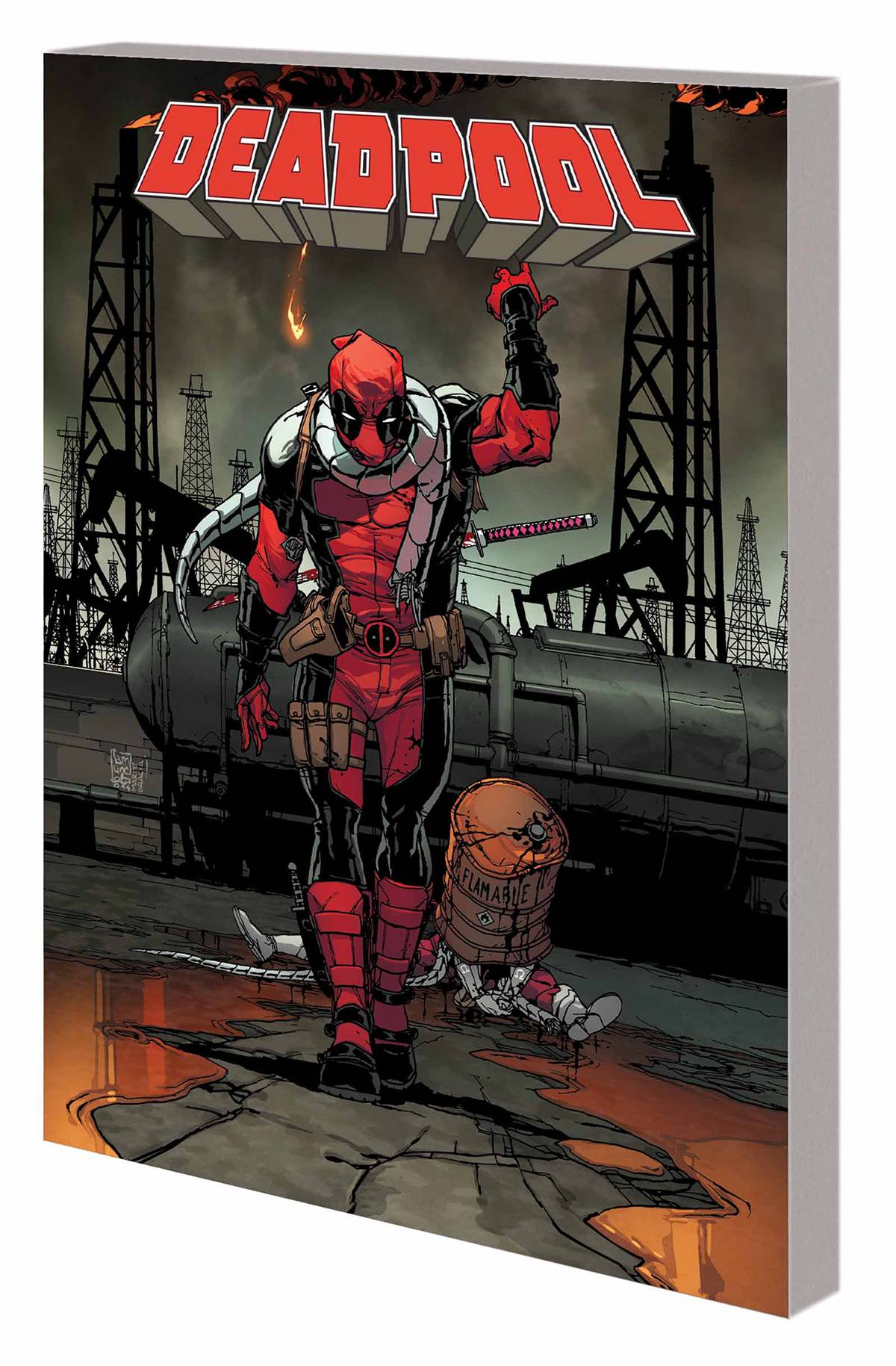 #
MAR150804
(W) Various (A) Various (CA) Giuseppe Camuncoli
It's the end of the road for the Merc With a Mouth! And what better way to celebrate the series' end than to kill Deadpool? Yup, you heard us! First, Deadpool takes a relaxing vacation to the Middle East, where a simple merc job leads to a violent battle with Omega Red and a journey into the Tomb of Scariness with Shiklah! Then, ULTIMATUM comes at Deadpool for revenge, and he has no choice but to take them on - all of them. Every single guy. And in one final flashback feast, we revisit the INFINITY GAUNTLET crossover! What would Deadpool do if he got the gauntlet from Thanos? Plus: a slew of bonus stories by special guest writers showcasing Deadpool's closest friends and allies! Also, SPOILER: Deadpool dies at the end. Collecting DEADPOOL (2012) #41-44 and #250.
In Shops: May 27, 2015
SRP: $24.99
View All Items In This Series
ORDER WISH LIST