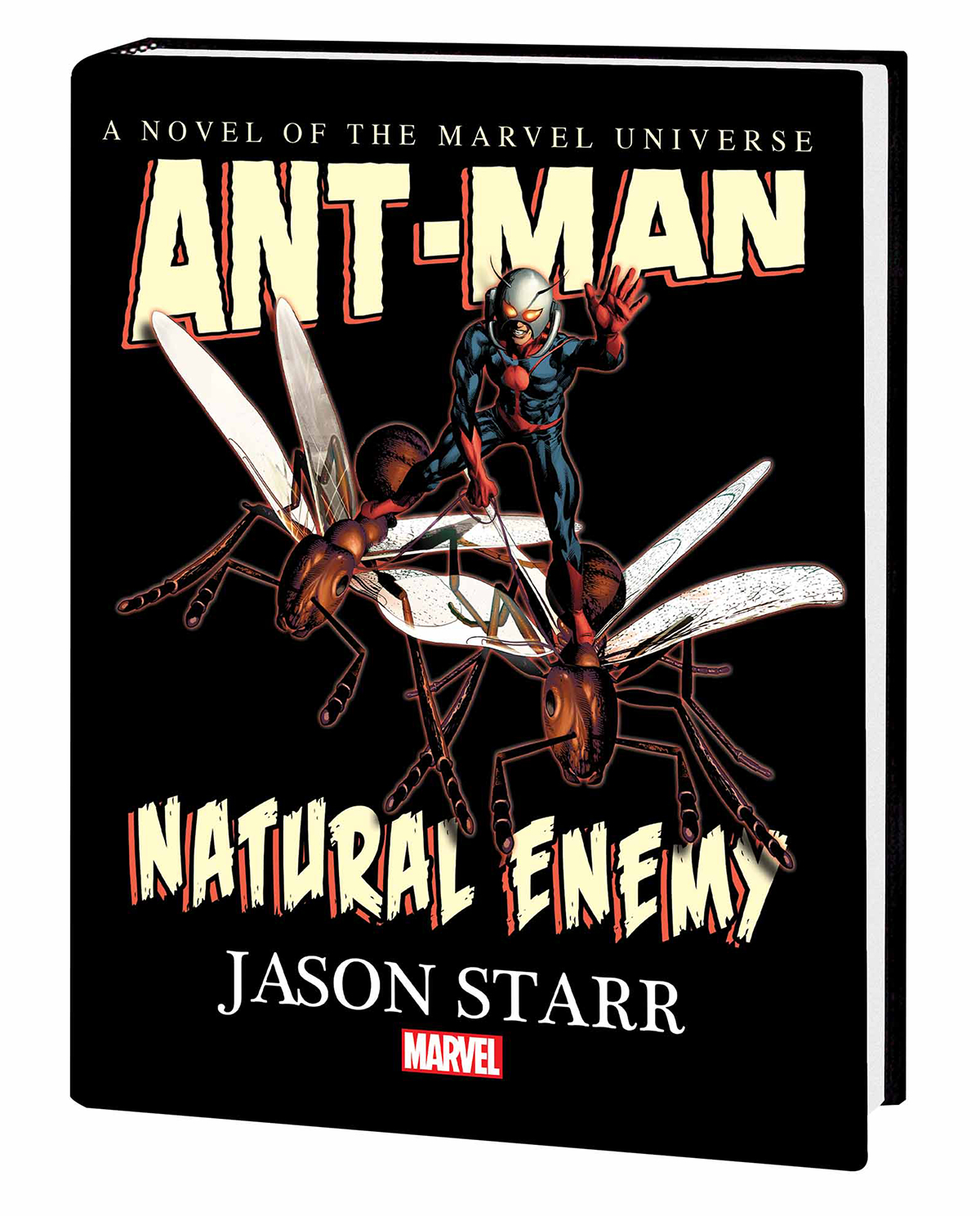 MAR150797
(W) Jason Starr (A) Various (CA) Mike Deodato
Marvel's smallest hero stars in his biggest story yet: an all-new, original prose novel timed to coincide with the ANT-MAN feature film! Meet Scott Lang: ex-con, single father and part-time super hero. Scott and his teenage daughter, Cassie, are just settling down in a new city when a criminal from Scott's past comes gunning for them. But is the killer really after Scott, or the secrets of the Ant-Man tech? And just how far will Scott go to protect his only child? Award-winning crime writer Jason Starr (Twisted City, WOLVERINE MAX) spins a thrilling tale of desperation, secrets and microscopic adventure.
In Shops: Jun 24, 2015
SRP: $24.99
ORDER WISH LIST