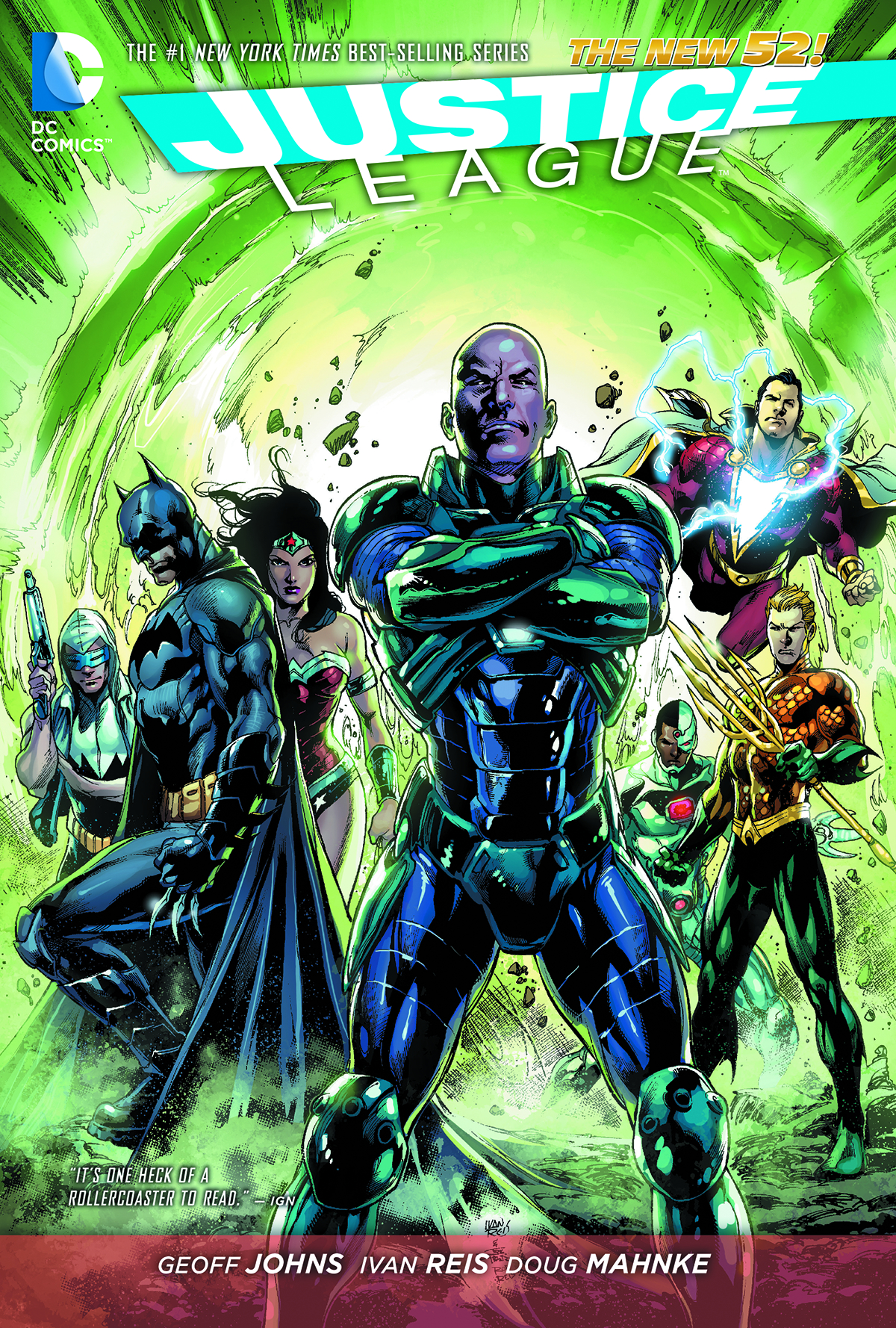 MAR150273
(W) Geoff Johns (A) Ivan Reis, Doug Mahnke, Scott Kolins, Keith Champagne, Scott Hanna, Christian Alamy, Mark Irwin, Ray McCarthy, Joe Prado (A/CA) Jason Fabok
In these tales from issues #30-39, heroes quit, villains join and a Justice League roster you've never seen before emerges, led by the world's greatest hero - Lex Luthor?! The violent consequences of FOREVER EVIL must be dealt with as a new and deadly force targets the Justice league. And who knows how the new Power Ring will affect the team? Plus: The Chief and the treacherous Doom Patrol join The New 52 - and they're out to show the world that their leader is Luthor's superior in every way!
In Shops: Jul 08, 2015
SRP: $24.99
View All Items In This Series
ORDER WISH LIST