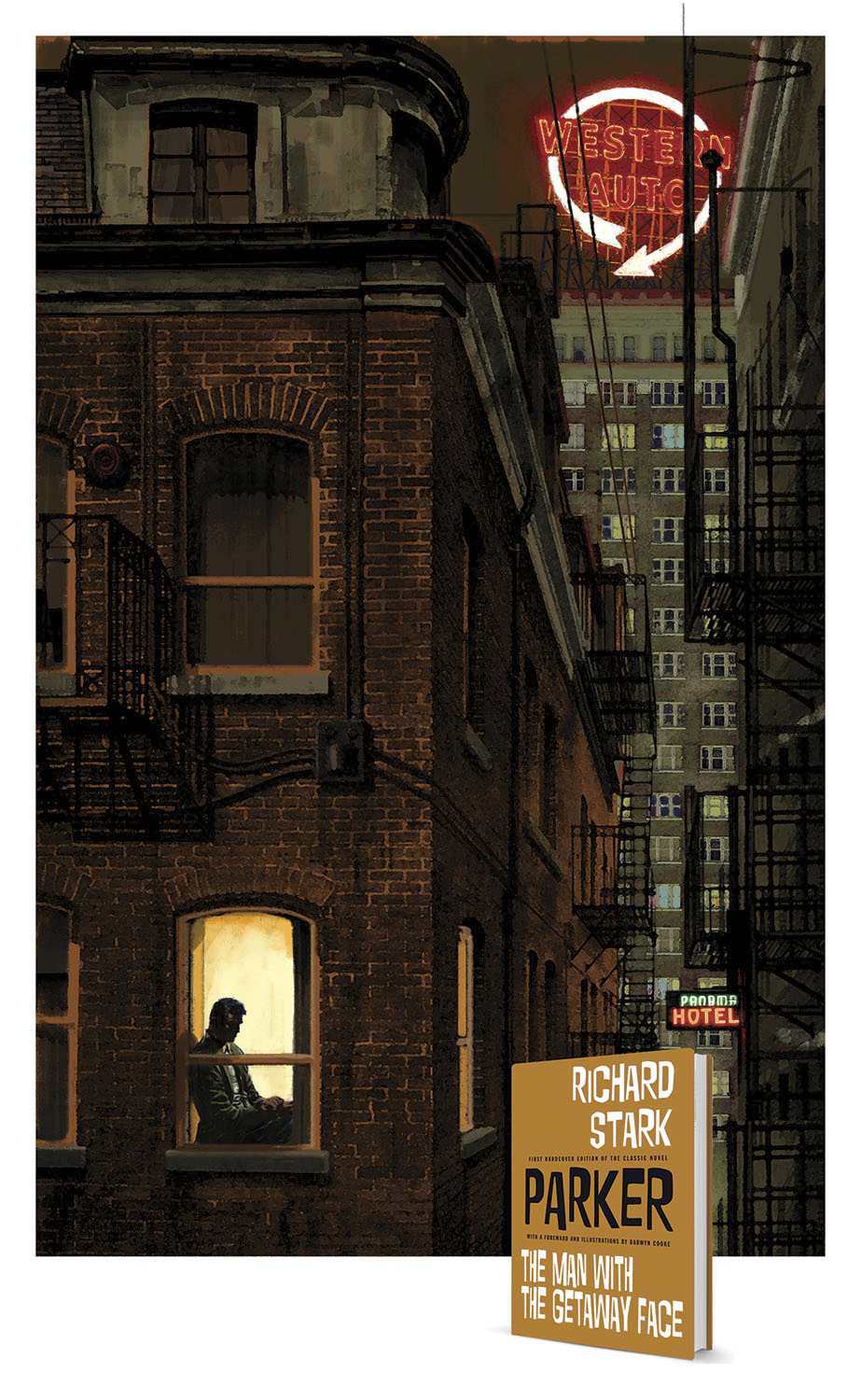 Written by Richard Stark (A.K.A. Donald Westlake, the much-acclaimed mystery and crime author), and with illustrations by Darwyn Cooke, the multi-Eisner Award-winning creator of the Parker series of graphic novels. The Man With the Getaway Face starts off where The Hunter finishes-Parker faced off against the crime syndicate known as The Outfit. By reclaiming what was taken from him, in true Parker style, he now has some serious enemies who will be looking for him... the kind of enemies that don't forget, and never forgive. But the methodical Parker-as always-has a plan; he arranges to have his face altered. Once this is sorted, with little more than a glance in a mirror, Parker is off to his next score. But complications arise that could mean his new identity is exposed. A classic crime novel by the master of the craft!

Illustrating the action are 10 full color paintings by Darwyn Cooke, the incomparable artist of the Parker series of graphic novels. Cooke also lends his considerable graphic design talents to defining the look of the book, from layout to typography-producing a definitive version of Stark's classic novels.
In Shops: N/A
Final Orders Due: Dec 31, 2039
SRP: $29.99
ORDER WISH LIST