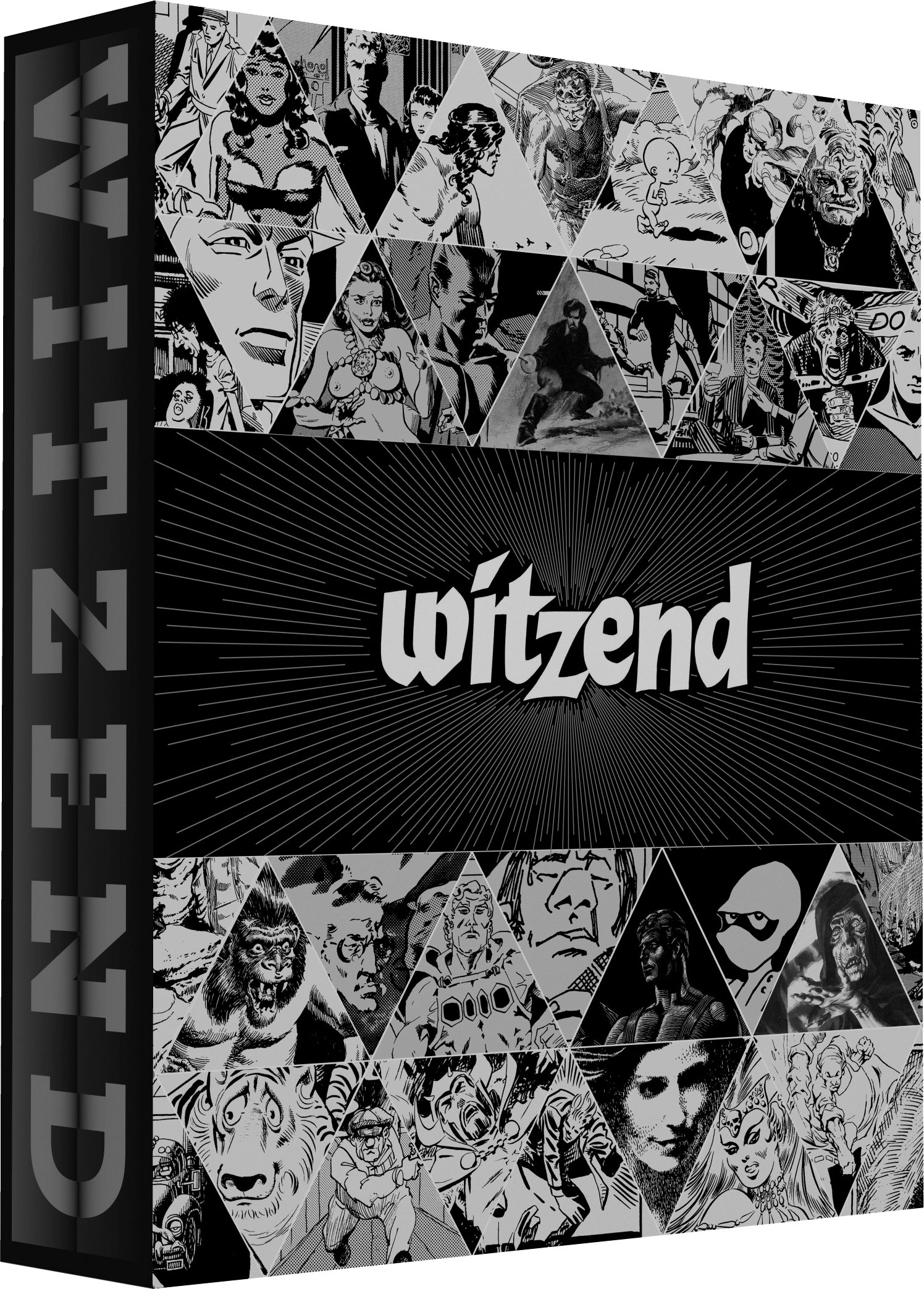 MAR141164
(W) Wallace Wood, Bill Pearson, Frank Frazetta (A) Steve Ditko, Al Williamson, Dan Adkins, Jack Kirby, Gray Morrow, Gil Kane
WHERE THE MAINSTREAM MET THE UNDERGROUND
When the formulaic constraints, censorious nature, and onerous lack of creator's rights in mainstream comics got to be too much for the brilliant cartoonist Wallace Wood in 1966, he struck out on his own with the self-published witzend. It became a haven for Wood and his fellow professional cartoonist friends where they could produce the kind of personal work that they wanted to do, without regard to commercial demands - and with friends like Frank Frazetta, Al Williamson, Reed Crandall, Ralph Reese, Archie Goodwin, Angelo Torres, Steve Ditko, Harvey Kurtzman, Will Elder, Art Spiegelman, Don Martin, Vaughn Bodé, Jim Steranko, Jeff Jones, Howard Chaykin, Trina Robbins, Bernie Wrightson, and literally dozens more, it was bound to be a great ride! Now, Fantagraphics presents the complete run of witzend in this beautiful slipcased two-volume set with a special introduction by Bill Pearson and a history by Patrick Rosenkrantz.
In Shops: Jun 11, 2014
SRP: $125.00
ORDER WISH LIST