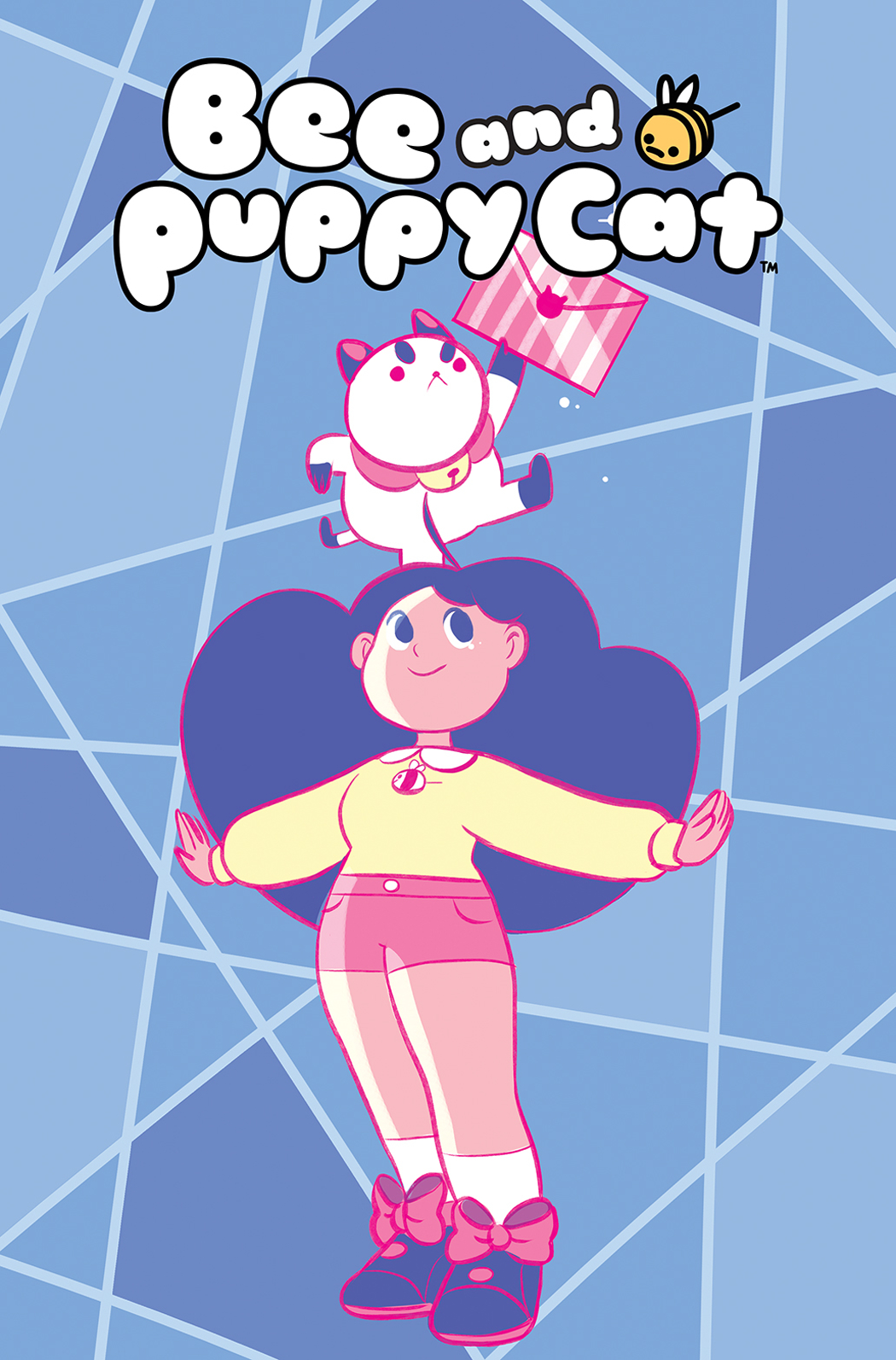 MAR140984
(W) Natasha Allegri, Garrett Jackson, Mad?leine Flores (A) Mad?leine Flores (CA) Zac Gorman (A/CA) Natasha Allegri
WHY WE LOVE IT: Because Natasha Allegri is simply amazing. She built up a big
fan-following on Tumblr while working on the Adventure Time cartoon, then created
gender-swapped characters (Fionna and Cake) that became so popular they put them into
the show. Then, she created BEE AND PUPPYCAT and it became the most funded web
series project in Kickstarter history. How could we NOT publish it?

WHY YOU'LL LOVE IT: You might already love it if you're one of the thousands who
supported the Kickstarter campaign, but for those of you just joining us, if you like stories
that feature magical girls like SAILOR MOON, MADOKA MAGICA, and POWERPUFF
GIRLS, you will enjoy BEE AND PUPPYCAT! It's a slice-of-life story with a twist, and it
has so much comedy and enchantment you can't help but be swept up.

WHAT IT'S ABOUT: It's a quirky new take on the magical girl genre with Bee, the forever
unemployed main character who can't seem to figure out life, and the mysterious
PuppyCat, a stray...whatever it is...that she stumbled across who has a powerful secret.
Fighting bad guys has never been so funny.
In Shops: May 14, 2014
SRP: $3.99
View All Items In This Series
ORDER WISH LIST