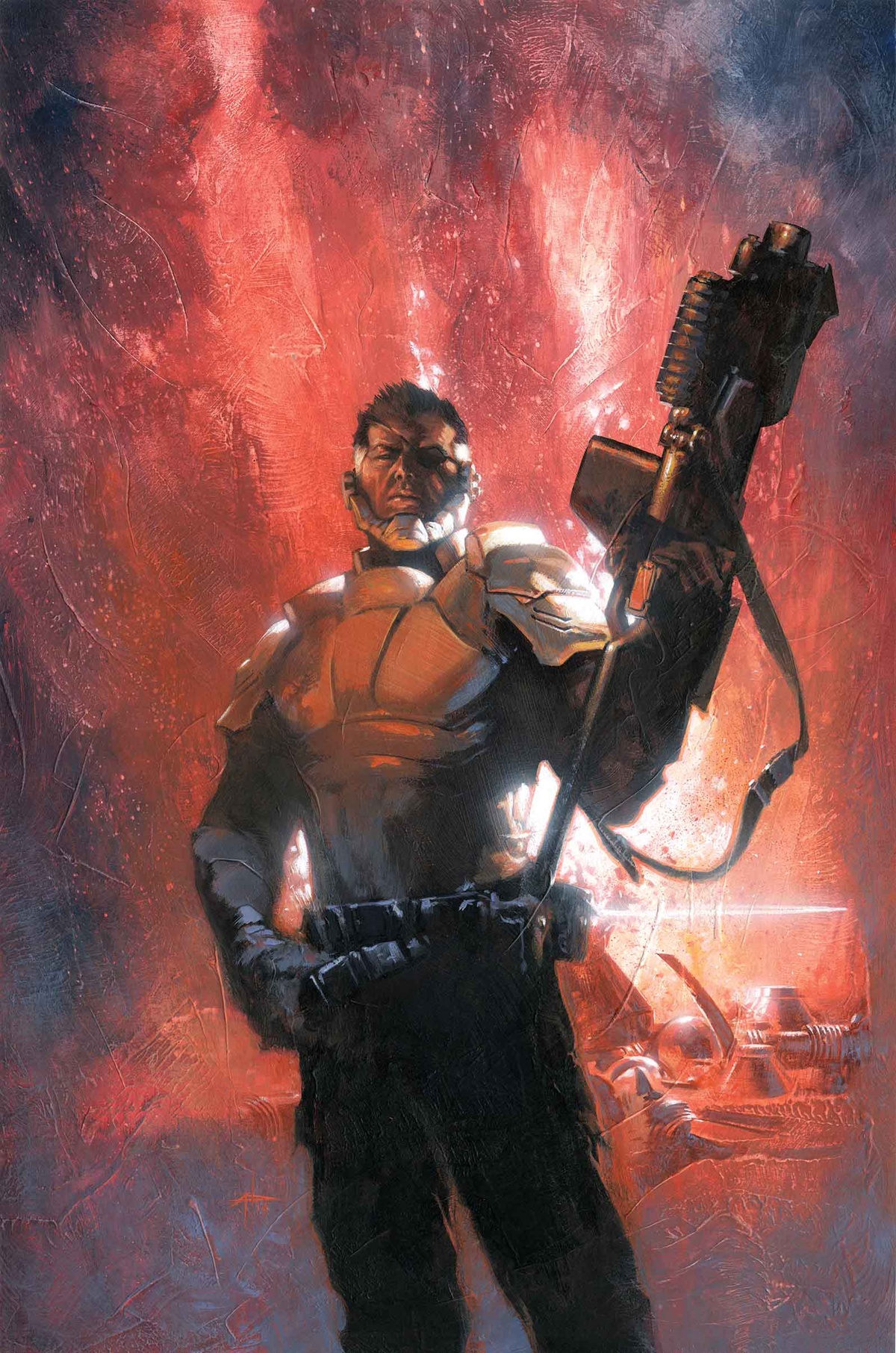 MAR140616
(W) Jason Aaron (A) Mike Deodato (CA) Gabriele Dell'Otto
WHO SHOT THE WATCHER?
The Watcher, the mysterious space-god who's been watching us from the moon for as long as we can remember... is dead. Thus begins the greatest murder mystery in Marvel Comics history.
As Nick Fury leads the heroes of the Marvel Universe in an investigation, other forces are marshaling as well and other questions are arising. Why is Black Panther gathering a secret team of his own, including Emma Frost, the Punisher and Dr. Strange? Who is the Unseen? What was the Original Sin? What was stolen from the Watcher's lair? And most importantly, who now holds the Marvel Universe's darkest secrets in the palm of their hand?
In Shops: May 07, 2014
SRP: $4.99
View All Items In This Series