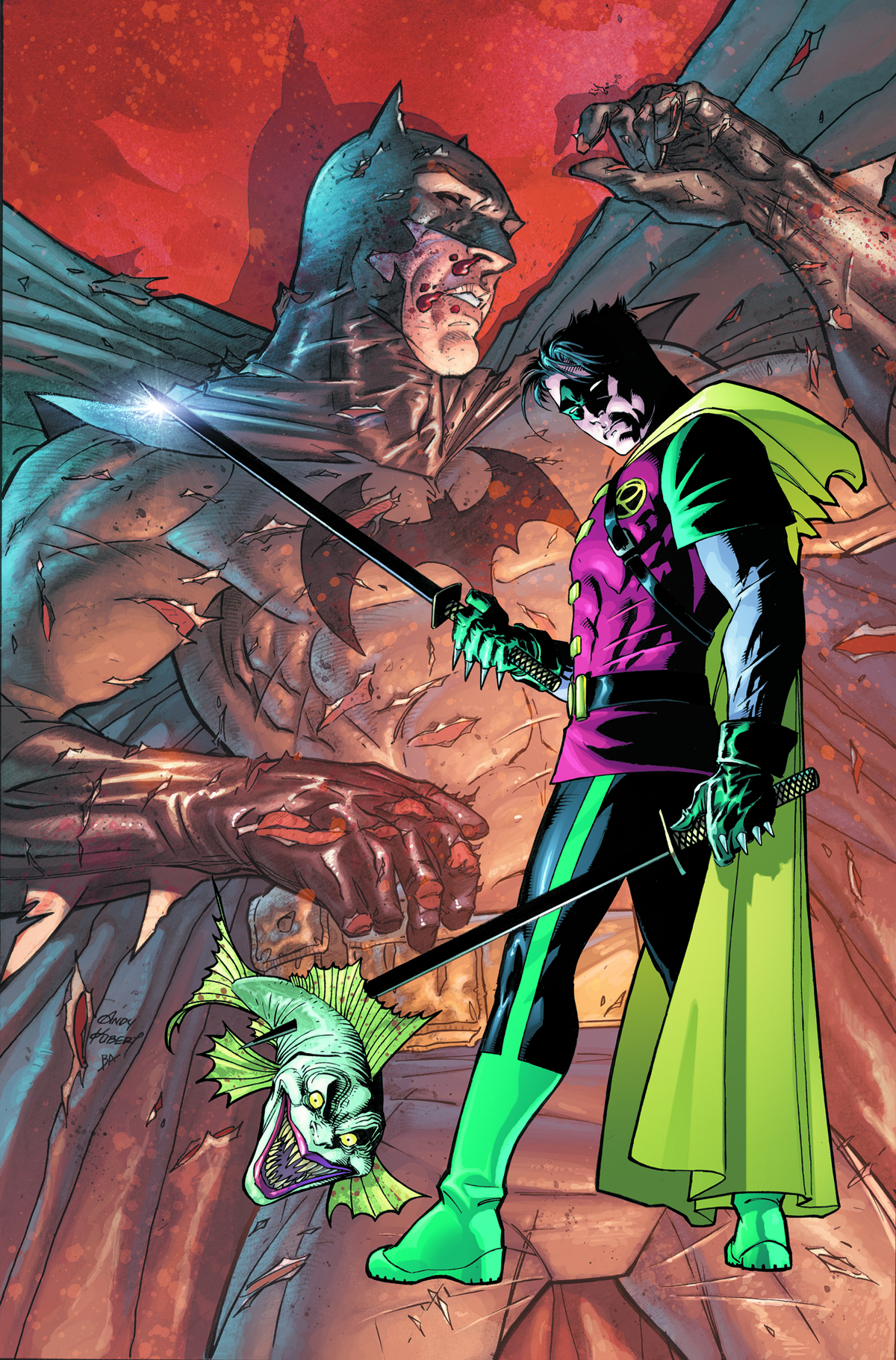 MAR140252
(W) Andy Kubert, Grant Morrison (A/CA) Andy Kubert
Damian Wayne, the son of Batman, has adopted the cape and cowl as his own... but what horrific events set this troubled hero on the path of his dark destiny? It's a possible future that may never be in this epic written and drawn by Andy Kubert! Plus, in a tale written by Grant Morrison, Damian Wayne is the Batman of Tomorrow in a story set 15 years from now in a nightmarish future Gotham City! Collecting DAMIAN: SON OF BATMAN #1-4 and BATMAN #666.
In Shops: Jul 16, 2014
SRP: $24.99
ORDER WISH LIST