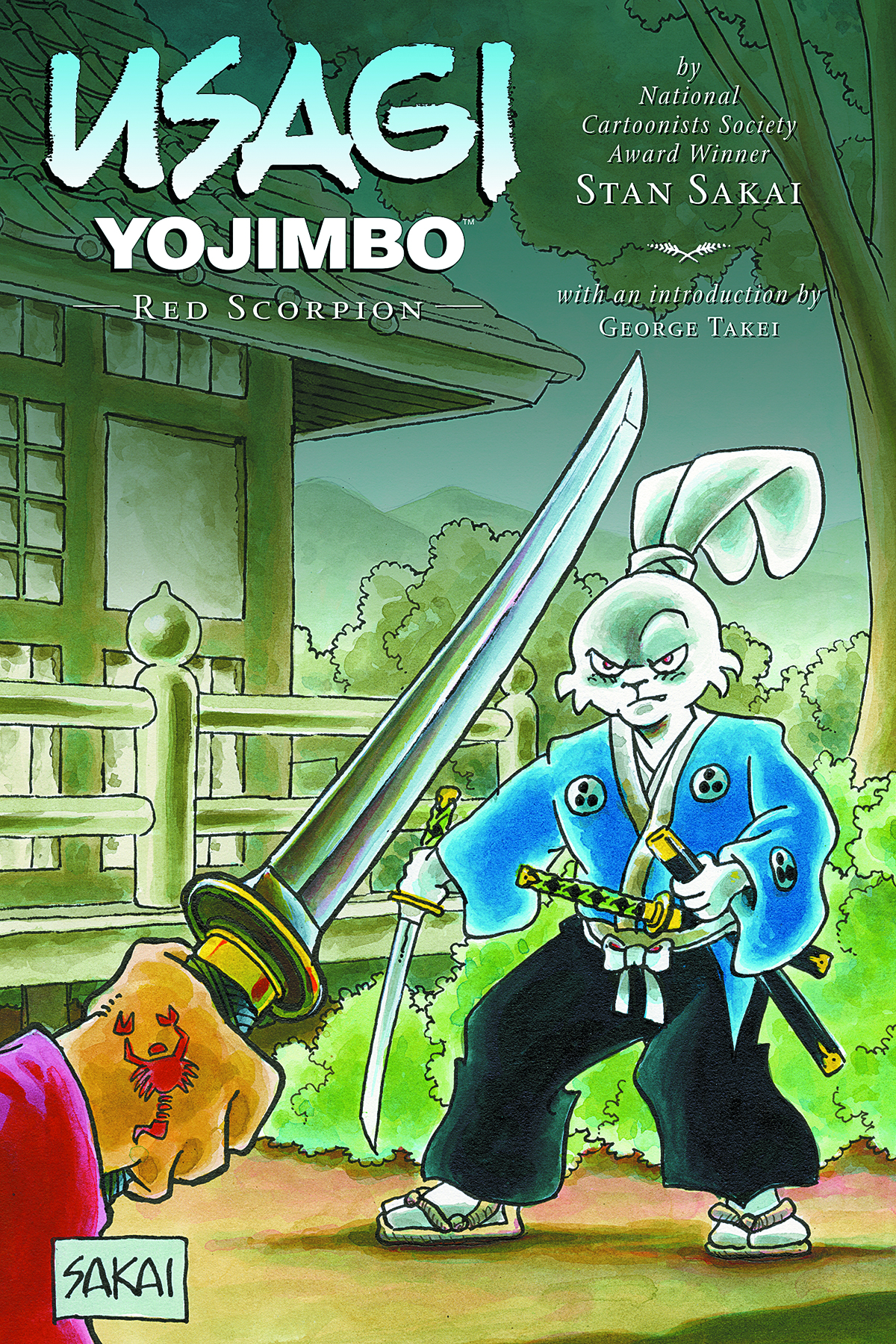 MAR140069
(W) Stan Sakai (A/CA) Stan Sakai
The Red Scorpion Gang has been terrorizing
the countryside for months, with evidence of
their ill deeds appearing everywhere the rabbit
ronin turns! Usagi first crosses swords
with the Scorpions as the gang extorts protection
money from poor farmers, then must
defend a temple from their attacks. But when
Usagi is accused of being a member of the
gang, he has no choice but to take the fight to
the Red Scorpion himself! This volume also
features the return of wily thief Kitsune and
the mysterious Lord of Owls! Collects Usagi
Yojimbo #132-#138!
In Shops: Jul 02, 2014
SRP: $17.99
View All Items In This Series