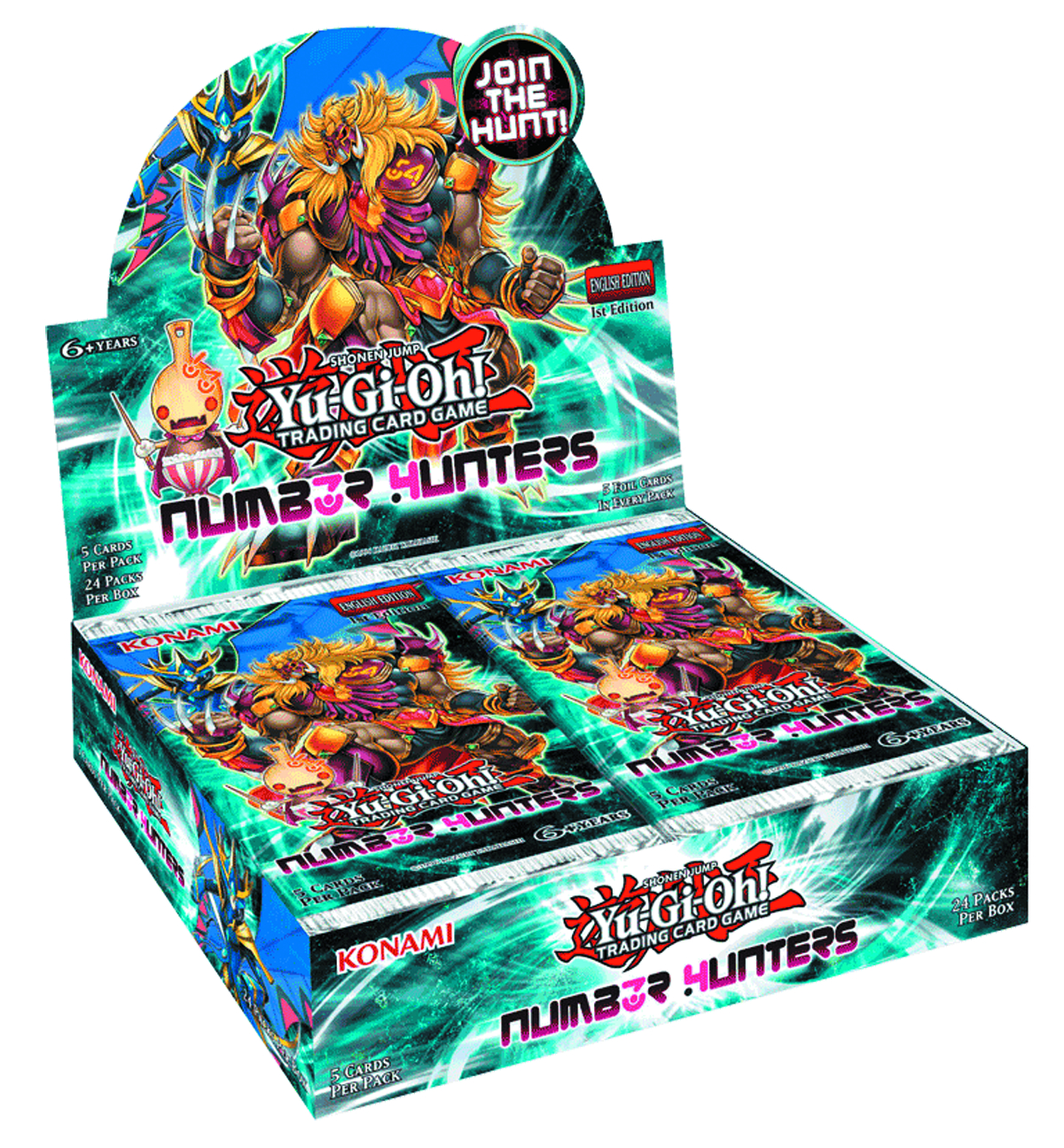 MAR138416
From Konami Digital Entertainment. Konami Digital Entertainment, Inc. is proud to bring you a brand new Yu-Gi-Oh! release: Number Hunters -- and it's the biggest surge of new Xyz Monsters ever! Almost 2 years ago, the anti-matter Xyz Monsters arrived in our universe through a black hole, and immediately took over the Yu-Gi-Oh! Trading Card Game. Starting with 2011's Generation Force booster set, Duelists everywhere have had a chance to collect Xyz Monsters and add them to their Decks. Some of the most elusive Xyz Monsters are the mysterious "Numbered" monsters - the key cards in the new Yu-Gi-Oh! Zexal animated TV series. On the TV show, special characters called Number Hunters track down these powerful monsters to tap into their awesome power. Now, we're releasing the largest collection of "Number" monsters to date, in the eponymous Number Hunters booster set! Scheduled in stores 07/17/13. (1184)