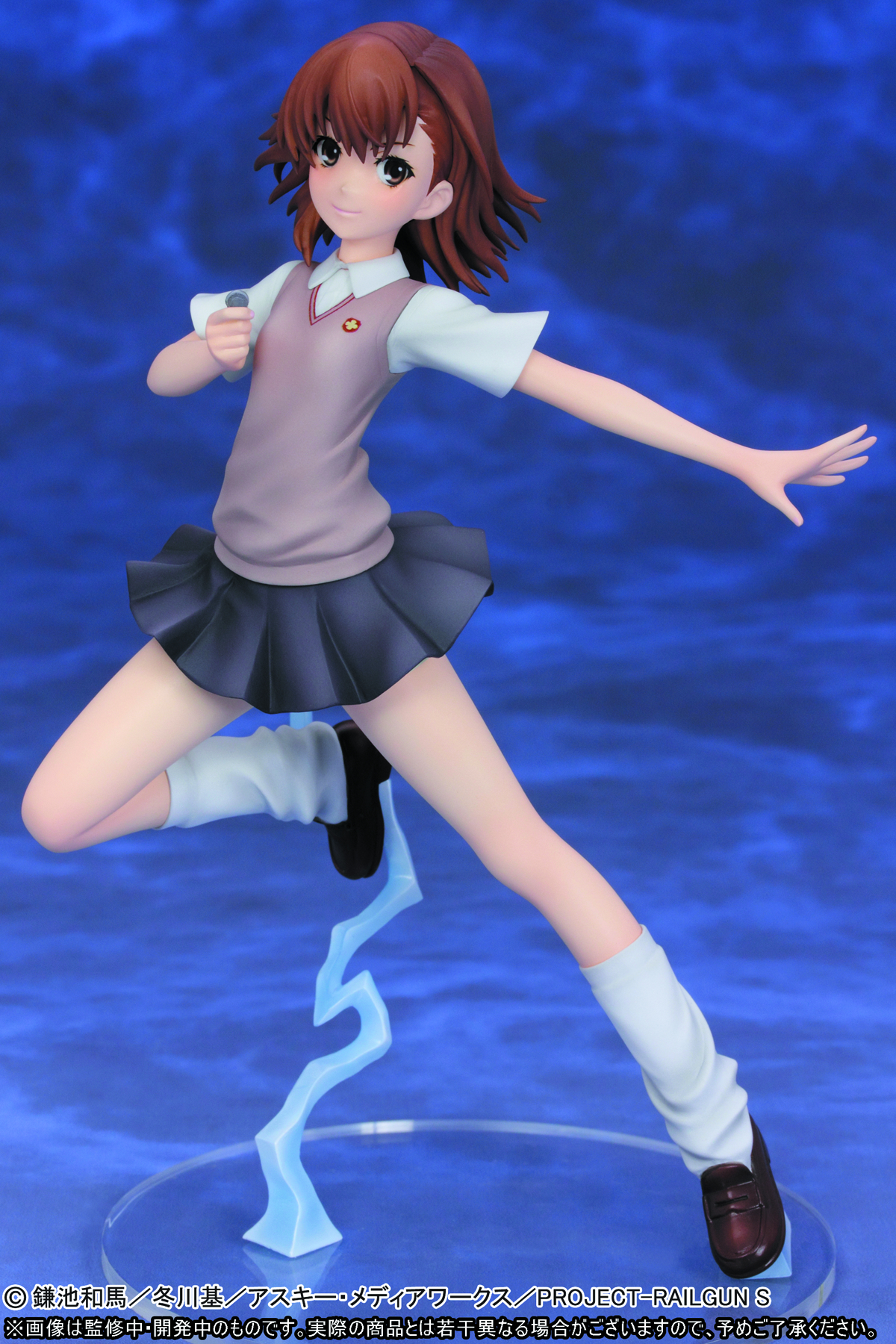 MAR138406
From Griffon Enterprises. Misaka Mikoto stars in the popular anime A Certain Scientific Railgun, set in a world of technologically-advanced magic. An Electromaster, an esper with the ability to generate and control electricity, she is sculpted at 1/8-scale for this figure. Her fearless smile and her dynamic pose capture her as she is about to unleash her eletromagnetic powers. Made of PVC, she stands 6 1/2" tall.