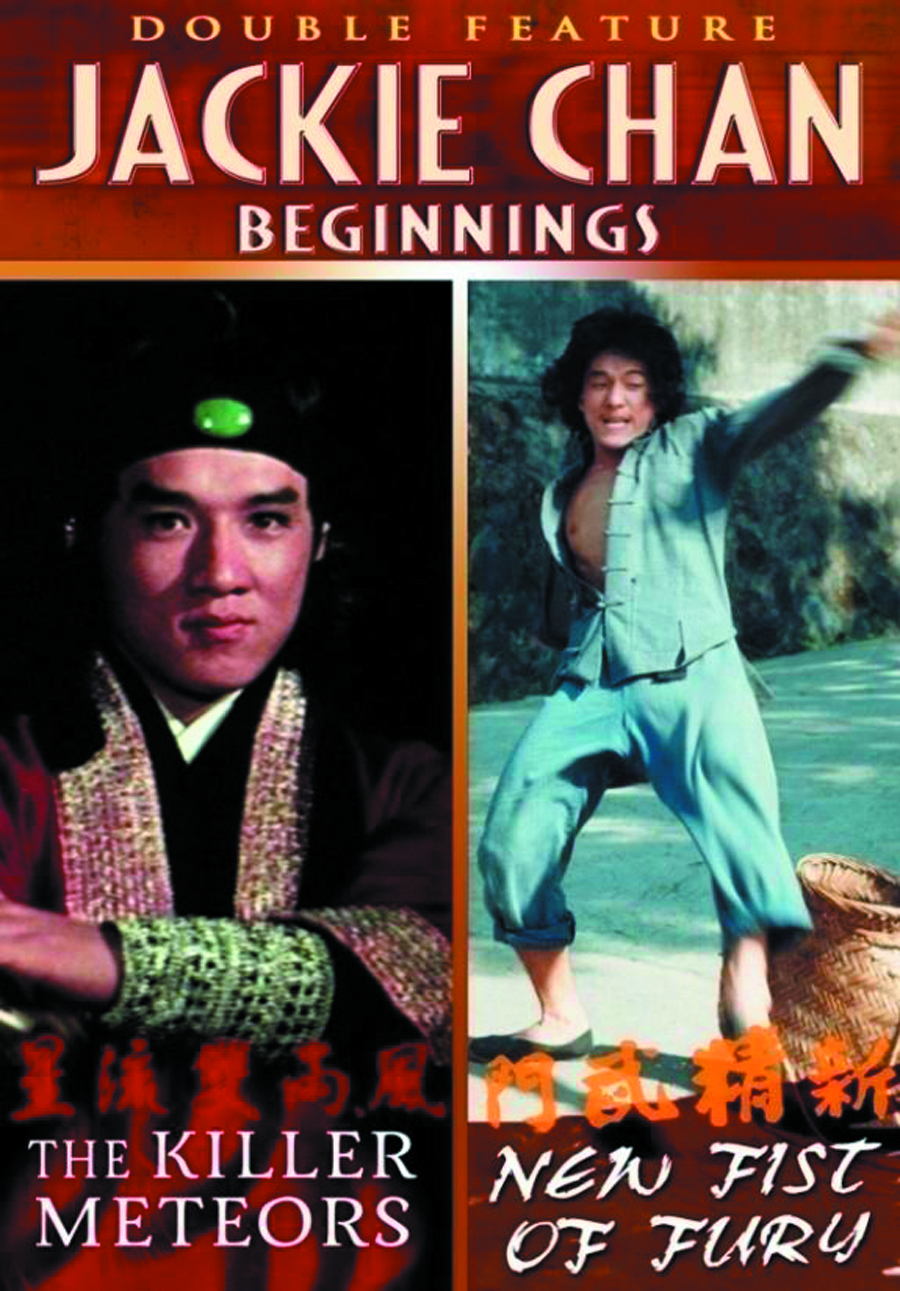 MAR132307
From Shout! Factory/Timeless! In a rare villainous role, Jackie Can is a powerful nobleman who believes his wife has poisoned him. He hires Mein-Hsin Ho, a rogue warrior known as The Killer Meteors, for his mastery of deadly explosive projectiles to find an antidote and kill his wife. In New Fist of Fury, Juan (Chan) is a martial arts student whose master has been murdered by an evil warlord. He departs on a sacred journey to avenge his masters and honor his memory.