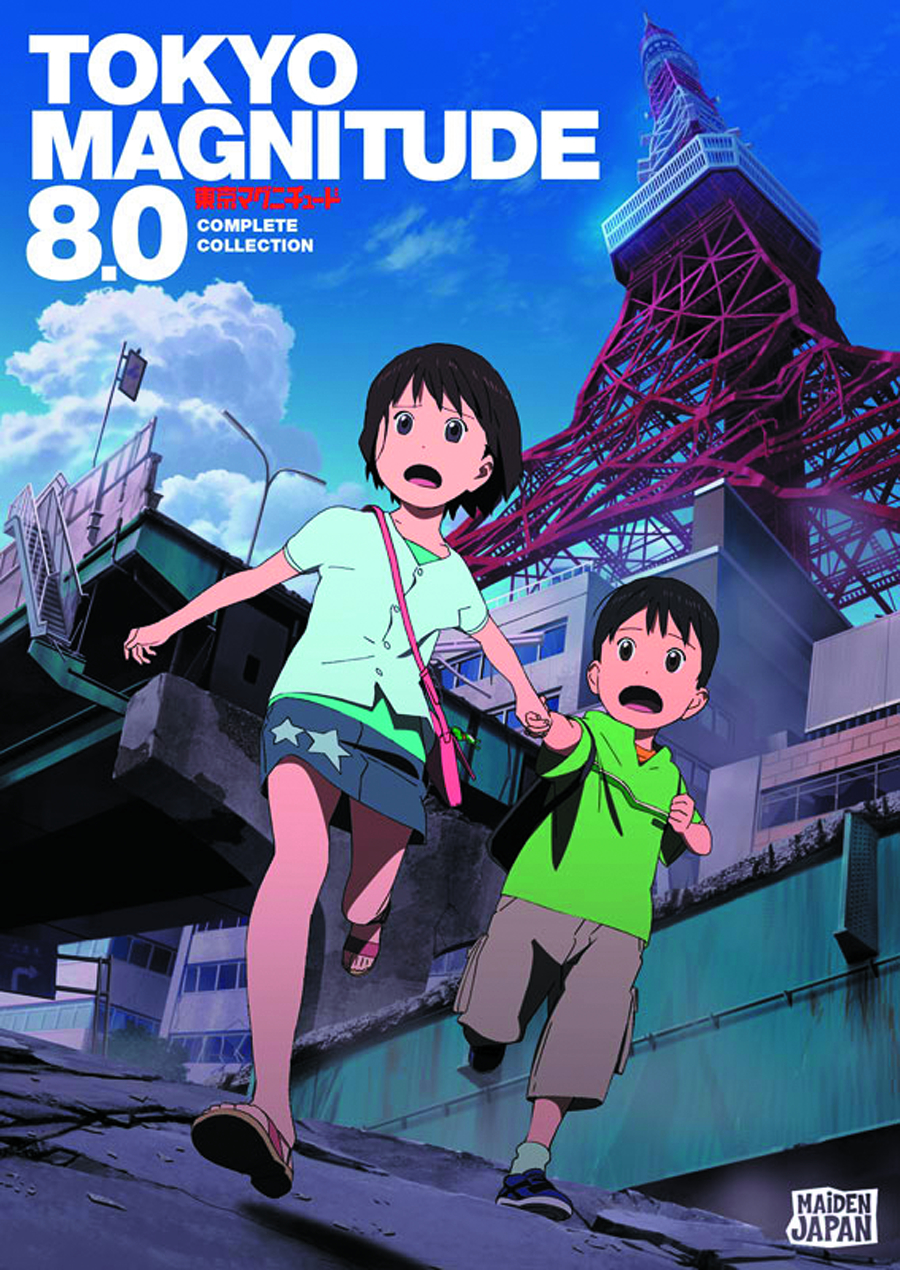 MAR132297
From Maiden Japan! The devastation is unleashed in the span of seconds.  Yielding to centuries of unrelenting pressure, an ancient rift in the Earth gives way and a force equivalent to over a thousand atomic bombs erupts beneath the feet of the citizens of the world's largest mega-cities!  For the people of the greater Tokyo area, the results are catastrophic as even "earthquake-proof" buildings sway like weeds in the wind, gas mains rip open in gouts of flame and huge sections of the city's vital infrastructure are torn into shreds.  For sister and brother Mirai and Yuki who were caught in the earthquake while in Odaiba during summer holiday, it's the start of a desperate journey back to their parent's home in Setagaya.  For motorcycle courier Mari, it means an equally frantic battle towards Sangenjaya and her own daughter and mother.  Joining together in an epic odyssey through the mangled streets, these three must brave impossible obstacles and endure unspeakable hardships and heartbreak, with no way of knowing if their loved ones are even still alive.  But they've no other choice!  In the aftermath of nature's fury, only the strongest of will and most courageous of heart can hope to survive in TOKYO MAGNITUDE 8.0!