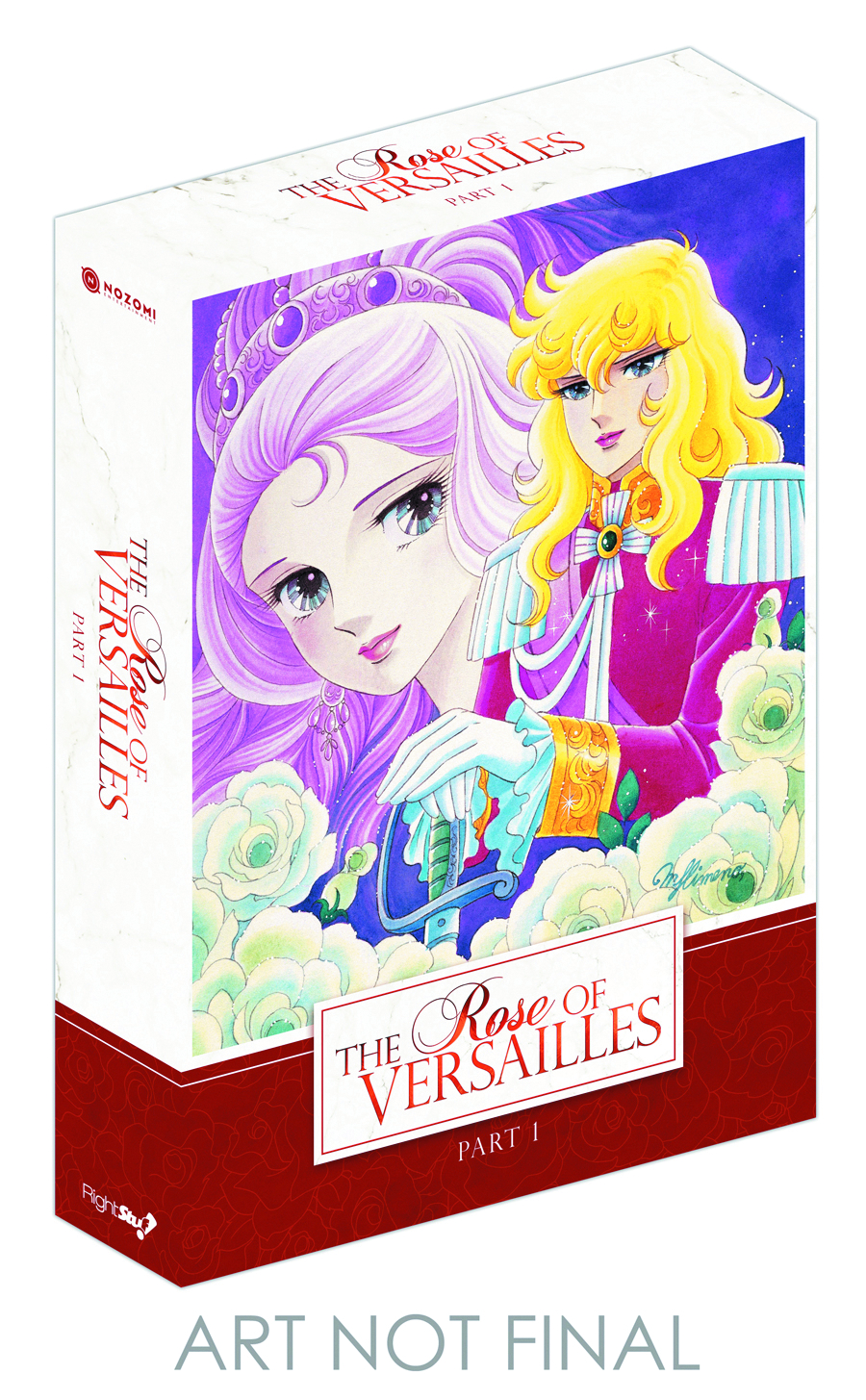 MAR132292
From Nozomi Entertainment! General Jarjayes, so desperate for a son to preserve the family name and noble standing, names his newborn daughter "Oscar" and chooses to raise her as a boy.
Fourteen years later, Oscar is a masterful duelist, marksman, and the newly appointed Commander of the French Royal Guards. Her first task: to protect Marie Antoinette, who is engaged to the French prince and future king, Louis-Auguste. But the French court is a dangerous place - and Marie's youthful na veté makes her an easy target for those who wish to see the monarchy overthrown. Oscar soon finds herself both defending Marie's reputation from those that seek to discredit her and protecting her life from those that wish to kill her.