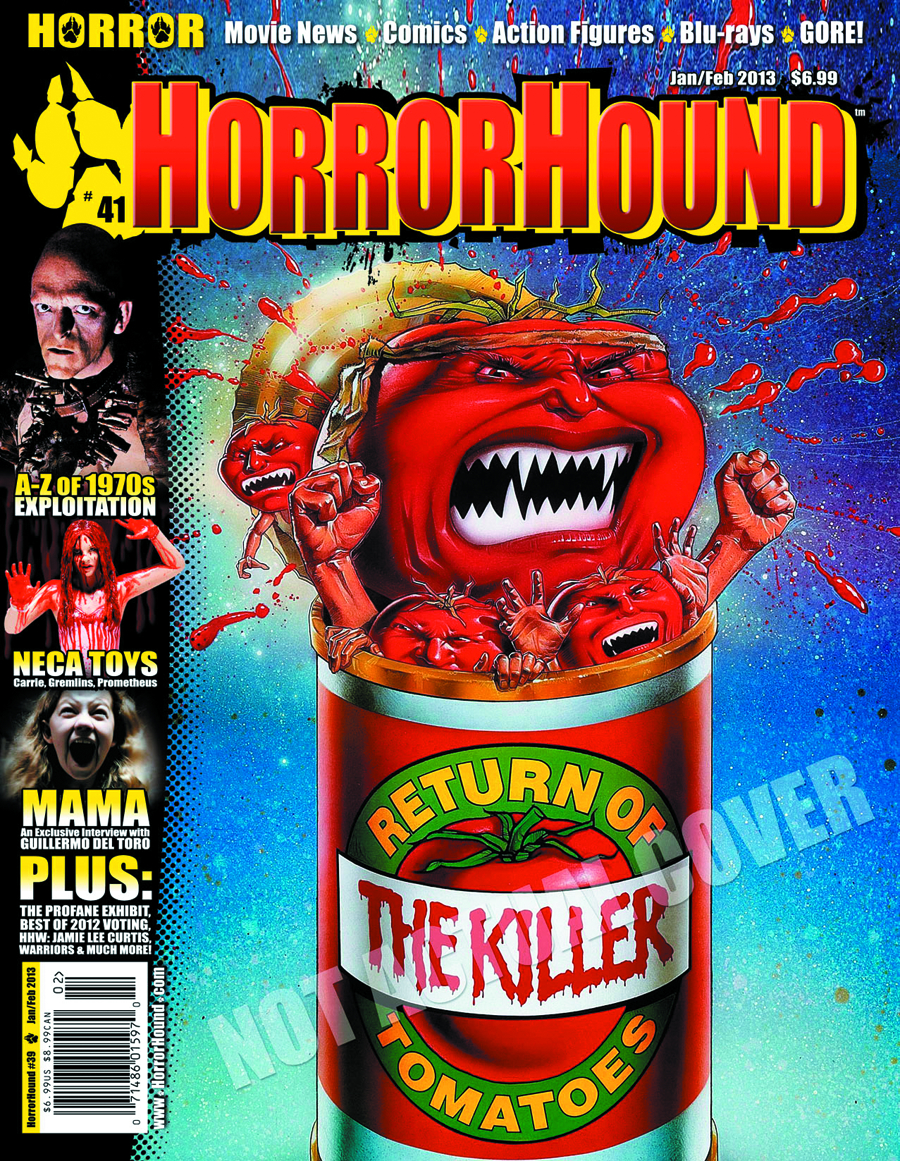 MAR131479
HorrorHound steps back to look at the best (and worst) horror movie sequels of all time. From classic franchises such as Friday the 13th and Hellraiser to the more comical titles like Attack of the Killer Tomatoes!, which happens to celebrate its 35th anniversary this year. In fact, we give tribute to this vegetarian-friendly film series with a special retrospective on the original title, its goofy sequels and animated spin-off!