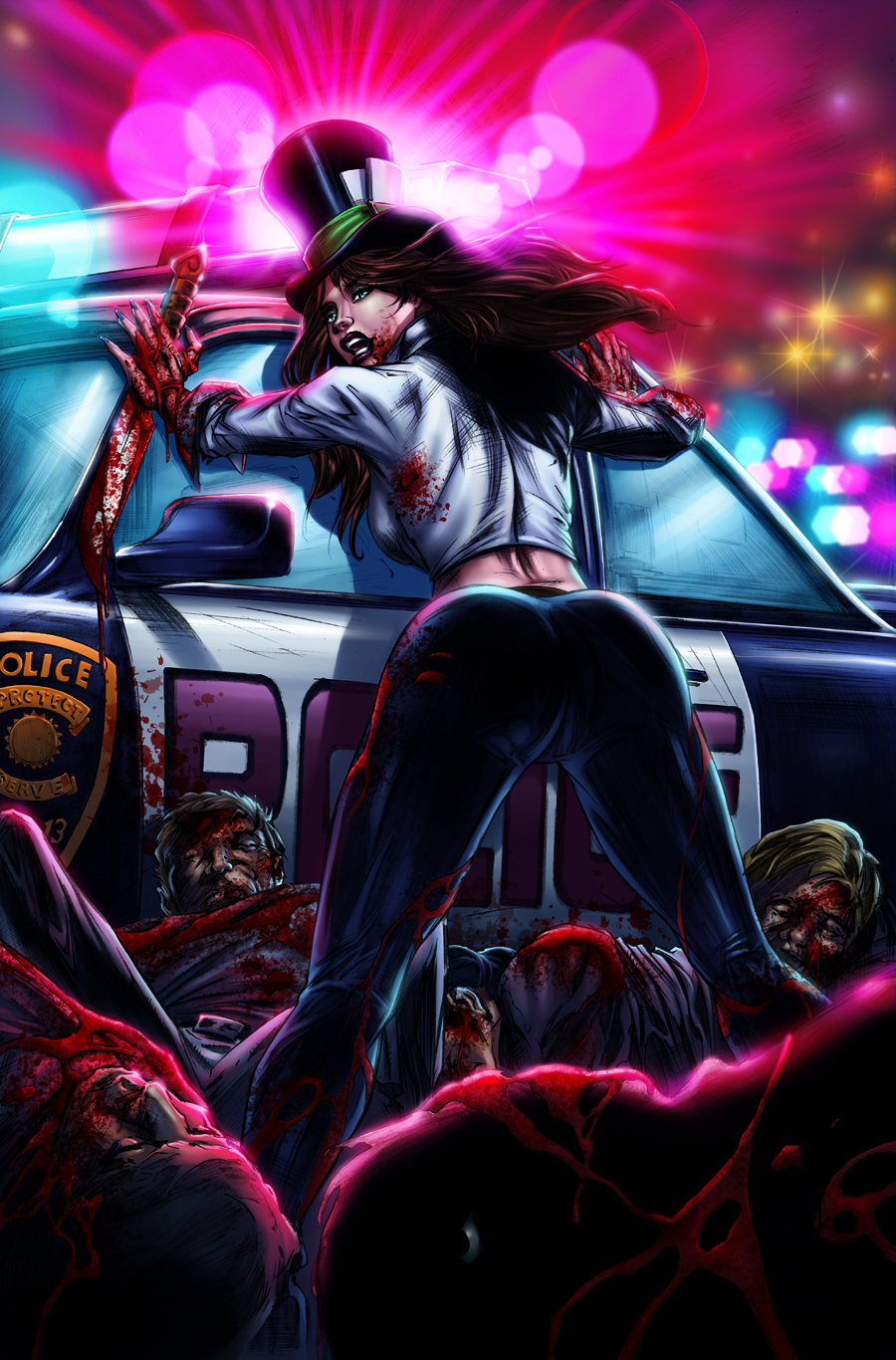 MAR131409
(W) Dan Wickline (A) Oscar Celestini, Reine Rosenberg (CA) Mike Lilly
The mind-bending sequel to Call of Wonderland is here! People are dying all around Detective Legrasse and now her girlfriend has been kidnapped. Can she figure out what her partner's involvement in the recent murders is and how it ties into Johnny Liddle or will she learn the terrible truth much too late? And what are the horrific creatures Lovecraft found underground and how can he stop them before they get out into the city? Don't miss the stunning conclusion to the hit comic book that ties directly into Zenescope's ongoing Wonderland series! Featuring the DEBUT of the all new, completely insane, wickedly whack heir to a certain infamous top hat...THE NEW MAD HATTER!
In Shops: May 15, 2013
SRP: $3.99
View All Items In This Series