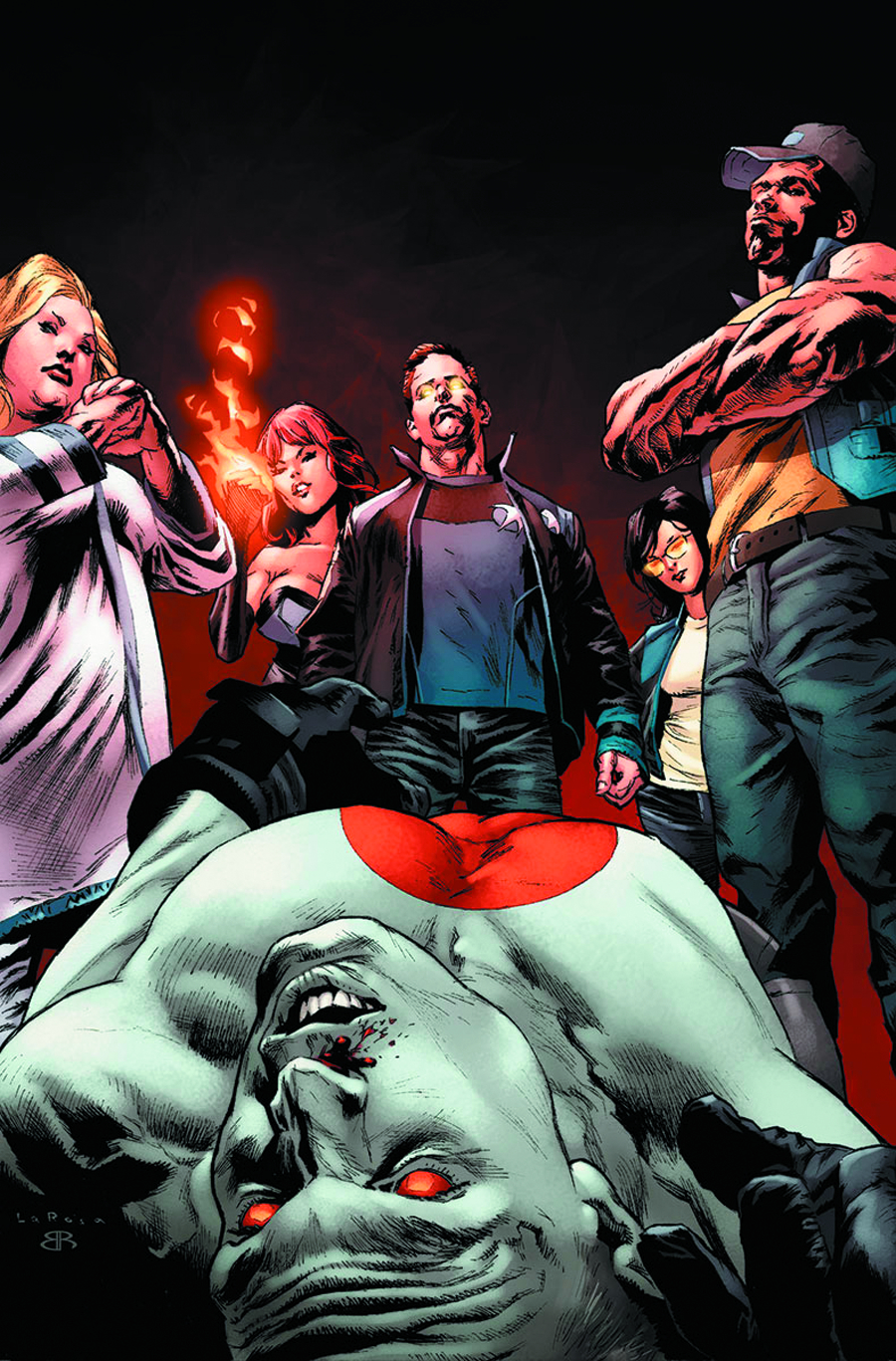 MAR131317
(W) Joshua Dysart, Duane Swierczynski (A) Clayton Henry (CA) Lewis LaRosa
The HARBINGER WARS heat up Las Vegas! After decades of secret conflict, Toyo Harada has managed, in one fell swoop, to cripple Project Rising Spirit through the masterful manipulation of key players in the Valiant Universe. Now he wants the psiot children Bloodshot rescued from the bowels of a nightmarish PRS facility. Too bad.  This rogue band of super-powered escapees have begun to call themselves GENERATION ZERO and they've declared a war of their own. First strike: Vegas, baby! And while PRS fashions a radical plan for getting the kids back, Peter Stanchek and the Renegades are following visions right into the heart of the Harbinger Wars.
In Shops: May 01, 2013
SRP: $3.99
View All Items In This Series