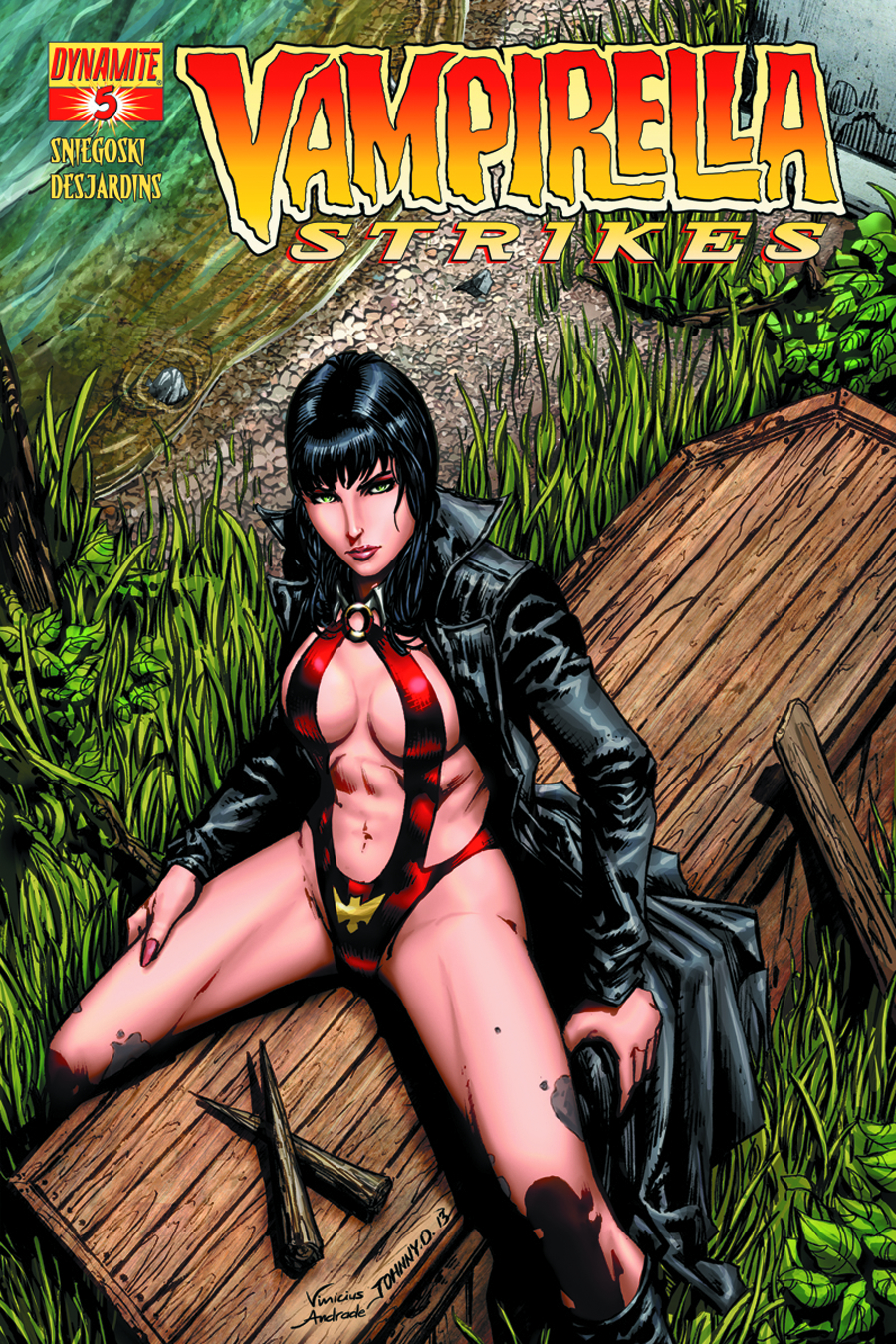 MAR131057
(W) Tom Sniegoski (CA) Fabiano Neves (A/CA) Johnny Desjardins
Receiving aid from the most unexpected of places, Vampirella and Janus are back on the trail of the missing angel general as the mystery of what sent the divine military leader into hiding is revealed.  Who are the mysterious children that Evanuel has sworn to protect, and what do they have to do with the eventual extinction of the angelic species?  And, what terrible fate has befallen the customers of the Club Switzerland?  All will be revealed in the thrilling, penultimate issue of the On the Side of Angels story line.
In Shops: May 01, 2013
SRP: $3.99
View All Items In This Series