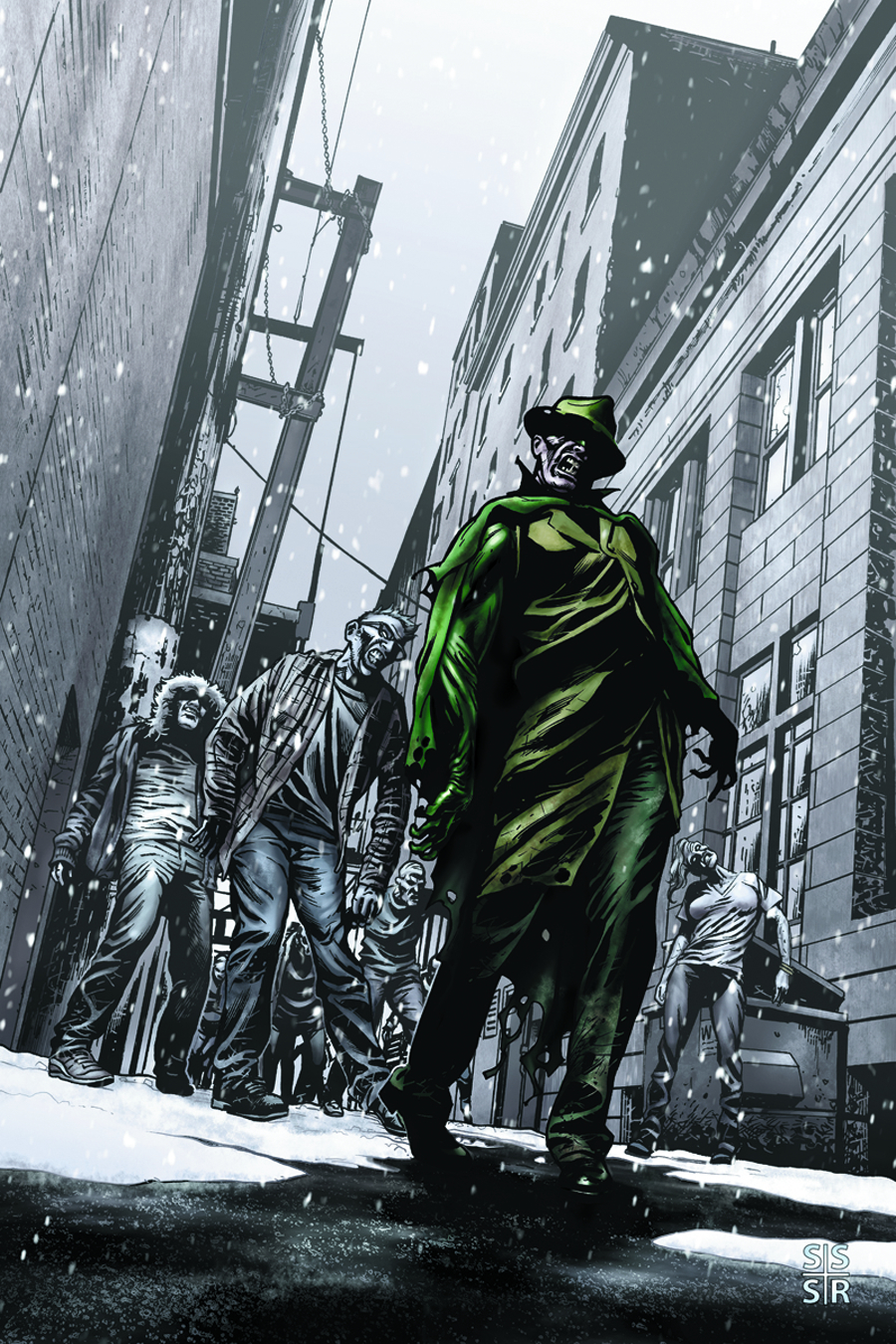 MAR131034
(W) Jai Nitz (A) Jethro Morales (CA) Stephen Sadowski
The worst blizzard in fifty years has Century City snowed in.  Little food, no power, and deadly weather would be bad enough for the scared citizens, but an army of undead creatures stalking the streets makes things worse.  Can the emerald insect save the city when he's a dead man himself?  Can the Green Hornet rise again, or will he be dragged back into the grave?  Undead action by Jai Nitz and Jethro Morales!
In Shops: May 29, 2013
SRP: $3.99
View All Items In This Series