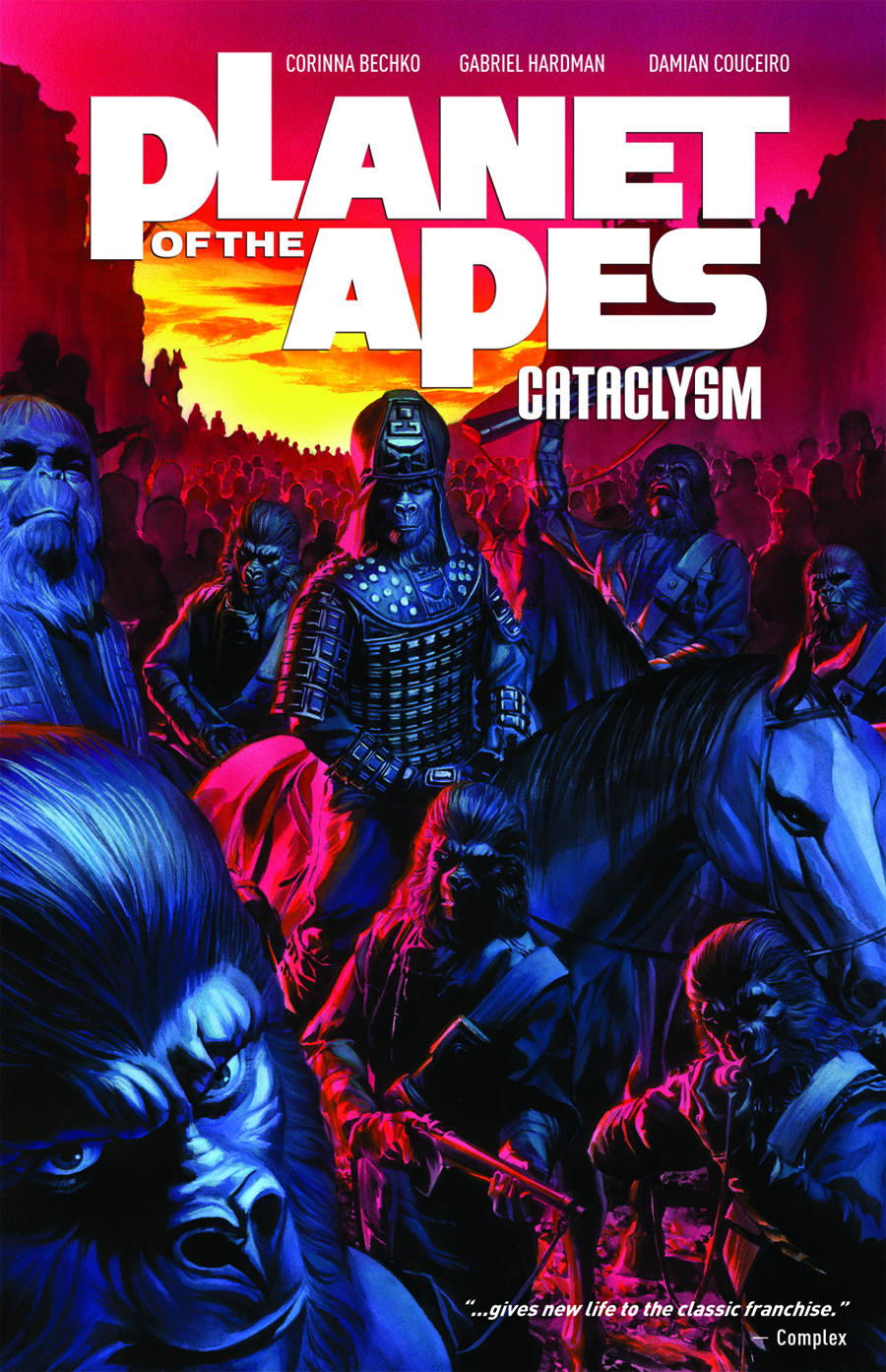 MAR130940
(W) Corinna Bechko, Gabriel Hardman (A) Damian Couceiro (CA) Alex Ross
THE END IS JUST BEGINNING! Eight years before astronaut George Taylor fell from the stars... the stars fell on the PLANET OF THE APES! Once the destroyer of human civilization, the Alpha-Omega bomb of yore has slept silent in the dark side of the moon. One mad monk seeks to wake the beast...and all of ape society is at risk. It's a race against time as Doctor Zaius struggles to find an end to the madness that has engulfed all that he knows!
Collecting issues #1-4 of the critically acclaimed series from Corinna Bechko (HEATHENTOWN, FEAR ITSELF: THE HOME FRONT) and Gabriel Hardman (HULK, AGENTS OF ATLAS) along with fan- favorite artist Damian Couceiro (INCORRUPTIBLE)!
In Shops: May 08, 2013
SRP: $14.99
View All Items In This Series