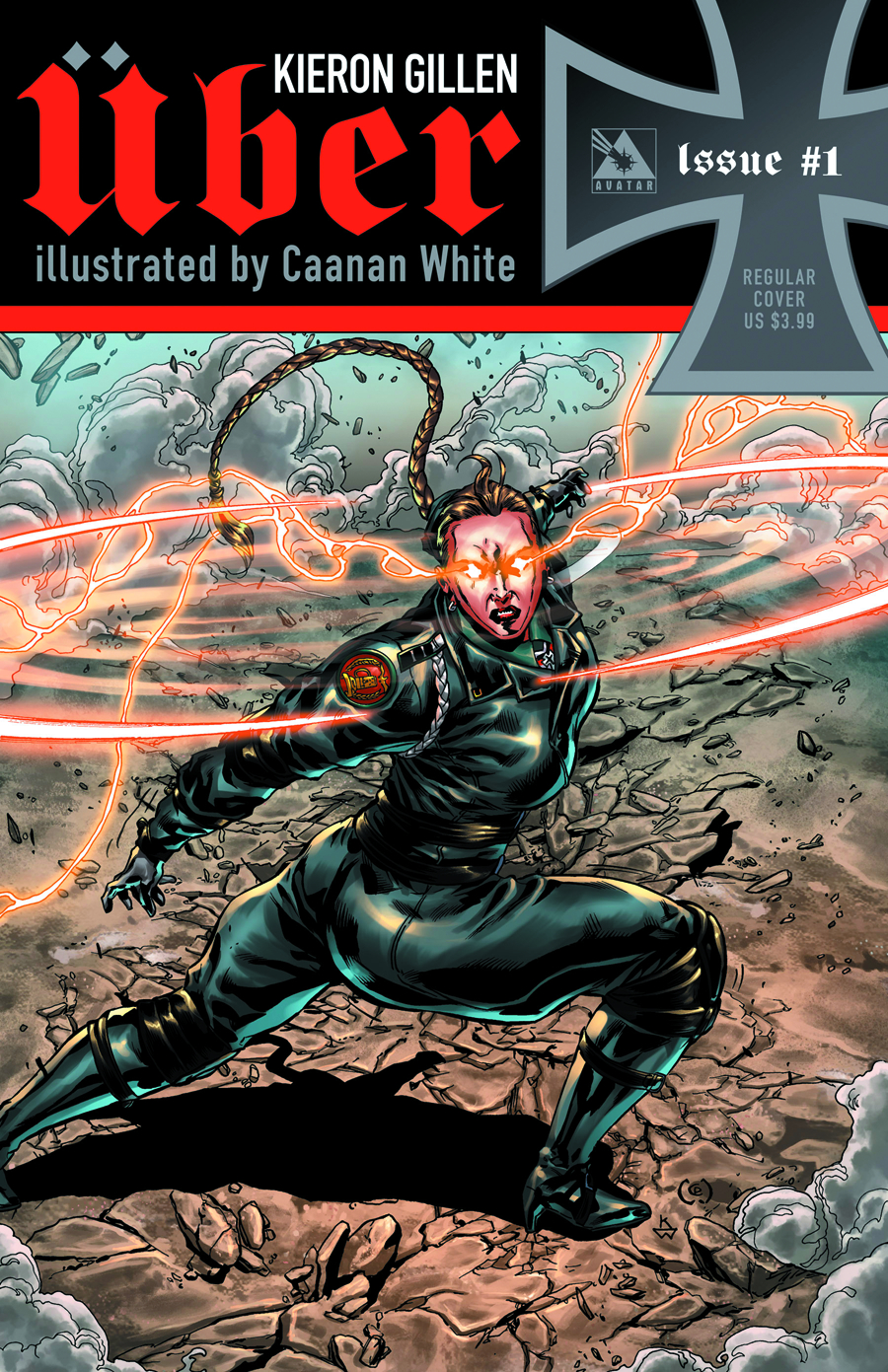 From the jaws of defeat, the Nazi war machine is resurrected by walking battleship superhuman soldiers who turn the tide of World War II.  Kieron Gillen unveils his epic new monthly series, which rewrites history with a horrifying twist!  Super soldiers now turn the machinations of the Twentieth Century's greatest madman into reality.  The Ubers are here and the world will tremble at their feet.  But a deeply entrenched spy could be the difference in seeing the world remade in the Nazi vision and the Allies finding a way to stem the tide.
In Shops: May 08, 2013
SRP: $3.99
View All Items In This Series